In early human societies, cognitive and productive moments were undividable, primal knowledge was all about practical sense and served as guides for certain kinds of human activities. Gathering such knowledge, humans created an important precursor for the future science.

For the science itself to appear, appropriate conditions were required: a certain level of development for production and social relations, the segregation of mind and physical work and the appearance of wide cultural traditions making people understand achievements of other societies and cultures.

Now, let’s mention some good facts for your history homework.

Appropriate conditions first appeared in Ancient Greece. First theoretical systems appeared there in the 5th century B.C. Such philosophers as Thales and Democritus already explained reality through natural origins contrary to mythology, and Aristotle became the first to describe tendencies of nature, society and thinking. The unbiased knowledge, logic and persuasion were major for him. The system of abstract terms was introduced into the moment of cognition, and the basis for the probative method was created. Separate fields of knowledge began to shape: geometry (Euclid), mechanics (Archimedes), astronomy (Ptolemy). 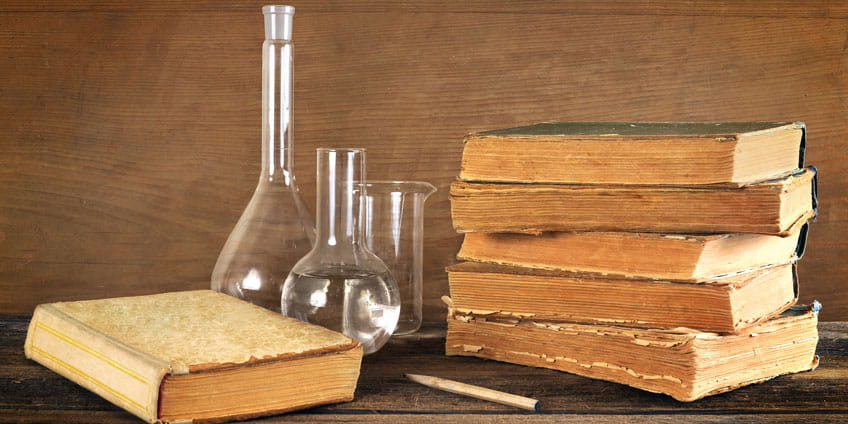 Certain knowledge fields were enriched during the Medieval by scientists of Arab East and Middle Asia: Ibn Sina or Avicenna (980 – 1037), Ibn Rushd or Averroes (1126 – 1198), Biruni (973 – 1050). In Western Europe, due to the dominance of religion, a special philosophic science appeared – scholastic. Astrology and alchemy gained their development, too. Alchemy was a support for the creation of a scientific basis in a modern sense of these words as it relied on the experimental learning of natural substances and connections, and became the precursor for modern chemistry. Astrology was connected to watching after stars and other sky objects: this developed the basis for the future astronomy.

The Early Modern history and the Modern periods became very important for the history of science. Science history got significantly changed in the 16-17th centuries. Needs of early capitalism became definitive here. During that period, a dominant position of religious thinking was compromised, and the experiment (research) became the main method of cognition. Together with spectating, it made the field of a researched reality much wider. At that time, theoretic reasoning started to combine with a practical understanding of nature, and this rapidly increased cognitive possibilities of science. This deep transformation of science which happened in the 16-17th centuries is thought to be the first scientific revolution in history. It gave the world such names as G. Galilei (1564 – 1642), W. Harvey (1578 – 1657), R. Descartes (1596 – 1650), C. Huygens, I. Newton (1643 – 1727) and others.

The scientific revolution of the 17th century is connected with the revolution in the history of natural science disciplines. The development of productive possibilities required the creation of new machines, an introduction of chemical processes, laws of mechanics, construction of precise devices for astronomical observations.

The scientific revolution passed through several stages and the history of science takes one and a half centuries for it to finish. N. Copernicus started it together with his followers: Bruno, Galilei, Keppler. In 1543, the Polish scientist N. Copernicus (1473 – 1543) published the book “On the Revolutions of the Heavenly Spheres”, where he stated the hypothesis about the Earth and other planets of the Solar System to revolve around the Sun, which is the central body of the Solar system. Copernicus stated that the Earth is not the exclusive celestial object, and this statement stroke the anthropocentrism and religious legends about the Earth to obtain a central position in the whole Universe. Copernicus denied the geocentric system by Ptolemy. The new history has begun.

Galilei holds greatest achievements in the history of physics and the development of the most fundamental problem – movement. His astronomy achievements are just huge: he grounded and stated the heliocentric system, discovered four largest moons of Jupiter of 79 known in our times, he discovered the Venice’s phases, the unusual look of the Saturn, the huge number of stars invisible with the naked eye. Galilei reached his success in science because he acknowledged observation and researching as the starting point of cognition.

The modern world is characterized as the period of the rapid development of science and technology aspects of human activities which find their use in economic fields and lower the levels of physical laws onto humans. But obvious advantages of scientific and technological achievements have the other side throughout history, known in culturology as the problem of sociocultural consequences of the scientific revolution.

Newton created the basis of mechanics, discovered the law of universal gravitation and developed the theory of celestial movement on it. This scientific discovery gave Newton his eternal glory. Such achievements in mechanics as terms of power and energy, three laws of mechanics belong to Newton. He discovered refraction, dispersion, interference and diffraction of light in optics. He introduced algebra, geometry, interpolation, differential and integral counting in mathematics. Newton changed the history.

Scientific Revolution of the 19th Century 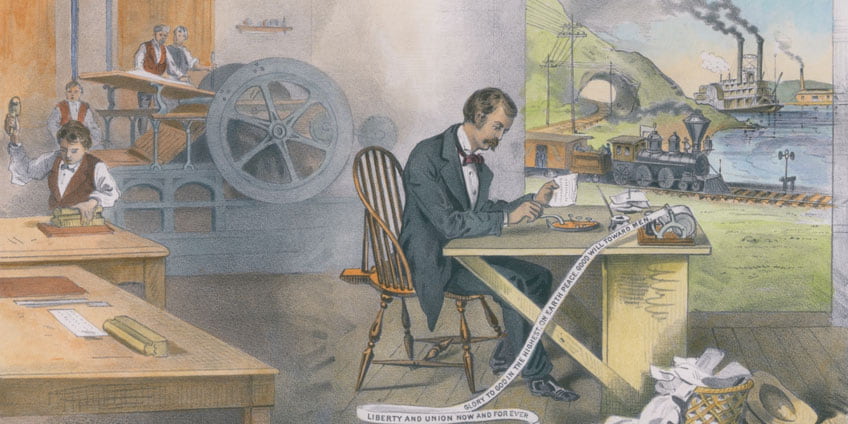 In the 19th century, constant revolutions happened in all branches of natural disciplines. The history of science came to its new age.

The science of Modernism relying on experiment and the development of mechanics created the basis for sciences to connect with production. At the same time, till the beginning of the 19th century, scientific experience and materials gathered in separate fields went beyond frames of mechanical explanations for nature and society. Another peak of scientific knowledge and a deeper and wider synthesis combining results of various sciences were required. During this period in the history of science, the history was glorified by  J. Meyer (1814 – 1878), J. Joule (1818 – 1889), H. Helmholtz (1821—1894), who discovered the law of conservation of energy which provided all branches of chemistry and physics with the unified basis. The creation of a cellular theory showing the unitary structure of all living organisms stated by t. Schwann (1810 – 1882) and M. Schleiden (1804 – 1881) had a huge meaning for how humans understand the world. Ch. Darwin (1809 – 1882) who created the evolutionary theory in biology, introduced the idea of development to natural sciences. Thanks to the periodic table of elements discovered by D. Mendeleev (1834 – 1907) the internal connection between all kinds of substances was proven.

So, till the edge of 19-20th centuries, serious changes happened to the basis of scientific thinking, the mechanistic outlook was exhausted, and this led the classic science of Modern times to its crisis. In addition to the reasons mentioned above, the discovery of electron and radioactivity supported this crisis.

As a result of its solution, a new scientific revolution happened, starting with physics and touching all the main fields of all disciplines. It is connected with such names as M. Planck (1858 – 1947) and A. Einstein (1879 – 1955). The discovery of electron, radium, a transformation of chemical elements, the creation of the theory of relativity and quantic theory marked a breakthrough into the microworld and high speeds, meaning the start of a new history for humanity.

Successes of physics influenced chemistry. The quantic theory that explained the nature of chemical connections opened wide possibilities of chemical transformation of substances for science and production. Humans started researching the heredity frameworks and the development of genetics began with the statement of chromosome theory.

Until the middle of the 20th century, biology entered the head of lists in natural sciences. Such fundamental discoveries as the molecular DNA structure by F. Crick (1916 – 2004) and J. Watson (born 1928), and the discovery of the genetic code.

A modern science is a very complicated social phenomenon having multiple edges of connection with the world. It is viewed from four different sides (as any social phenomenon – politics, morals, laws, arts, religions etc.):

In our times, the history of science created three great divisions for the research fields: natural, social and technical. Scientific fields differ both in history and in their subjects and methods. At the same time, there is no defined edge between them, and there are scientific disciplines with an interim position: For instance, biotechnology, radiogeology, etc.

Today in science history, they divide sciences into basic and applied ones. Basic disciplines explore laws controlling the behavior and interaction of basic structures of nature, society and thinking. These laws are investigated as they are, that is why basic sciences are sometimes called pure sciences.

The history of science gave the goal to applied disciplines, too: to use the results of basic sciences for solving not only cognitive problems but social and practical ones as well.

The creation of a theoretic groundwork for applied disciplines throughout the whole history means that fundamental sciences are usually more developed than applied ones. In modern society, in developed industrial countries it is a theory, a basic knowledge which plays the leading role, and this role becomes more and more important: the history of computer science is an excellent example here.

This was our short guide through the history of science. What is the purpose of science? The answer is simple here: to improve human lives through exploring and using new possibilities of the world.