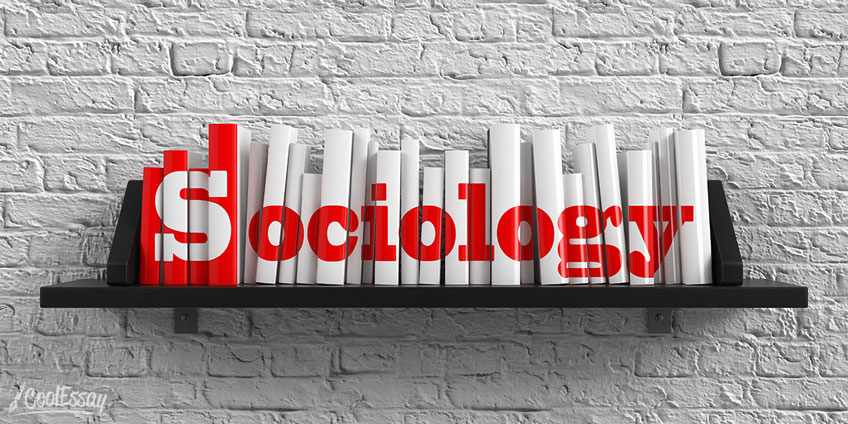 We have chosen exactly this topic for consideration because students are often asked to write college papers on a more or less free topic, or to conduct research in any chosen field. Most likely, all students at once will take up the most common themes, such as inequality, and will certainly get lost among their groupmates. Naturally, in this case, it is unlikely that the professor will remember you. But an essay on our topic is already something interesting.

The notion of social mobility appears in sociology thanks to Pitirim Sorokin, a scientist from Russia who immigrated to the United States. He likes to talk about it on introductory courses.

In the book entitled "Social and Cultural Dynamics", Sorokin describes a changing system of mobility, which is divided into two classes – vertical and horizontal, and also two more – group and individual. The vertical one can be ascending or descending: a person or group is taken higher or lower in the hierarchy. The horizontal one– a move between some categories that are roughly on the same level: for example, between two professions that are equally prestigious and profitable.

Sorokin's great idea was to show that in global history, there are global cycles, and mobility does not grow continuously. Societies do not constantly evolve towards a greater openness. Over the periods when mobility increases, there are periods when it decreases. And in the Middle Ages, mobility was, perhaps, no lower than it is today. For example, he shows Jeanne D'Arc and asks: "Could such conditions in which a senior schoolgirl could be entrusted with the command of the French armed forces arise?" And he replies: "Of course not." Therefore, this proves that in the Middle Ages, mobility was, by some parameters, even higher than the modern one.

A new era of mobility opens in the 1960s, when mathematical methods that allow better analysis of intergenerational mobility are developed. It is about a change in the social status between generations, primarily a vertical one, because it has an important ideological significance for sociologists. It is connected with the answer to the question that worries everyone - about the extent to which our society is fairly organized.

You will find even more essays on similar topics on coolessay.net. Experts in all academic subjects are ready to take up your task regardless of its complexity.

Figures show that the level of mobility, on the one hand, is present, on the other hand, it is not at all ideal. And even in the societies that are considered to be very fair and meritocratic, we find a significant level of class and social reproduction.

For example, for the United States, which are not considered particularly meritocratic and fair by these indicators, there are such observations: 40 percent of children from poor families remain in the same class at the age of 45, 60 percent – go higher. Some of the latter go to the very top. The movement in the opposite direction is about the same.

The correlation is 0,7 – this is significantly higher than the classical correlation, for example, the height of the father and son, which is equal to 0,5. In other countries, this ratio is weaker. For example, the correlation for Denmark or Sweden, where there is the lowest level of reproduction among the developed countries and the highest intergenerational mobility, is approximately 0,4, which, nevertheless, also gives significantly greater chances for children from the upper class to remain there.

Figures for many countries are unknown, and this is a big problem but, like in many other important areas, in fact, there were no studies that showed what had happened to those countries, especially over the past 30 years. If we rely on indirect indicators, it seems that the level of mobility should be approximately comparable to the one of the United States.

The important thing that is present here is the ratio of mobility indicators to the Gini coefficient and other indicators of inequality. The more unequally incomes are distributed in the society, the lower its mobility is, which, in general, is intuitively understandable. The greater the absolute differences in income between the richest and the poorest people are, the less likely that someone will pass this path. If these differences are small, then, in fact, the oscillations that lead a person from the upper class to the lower one may not be so big in absolute figures.

The Gini index in many countries is approximately similar to the American one. However, there are strong suspicions that a much larger share of income, especially the income of very rich people, avoids being declared in the States, and, therefore, it is true that the Gini index is higher in some Latin American countries.

Another issue that sociologists were very interested in was not the level of mobility itself (how many people are moving from one class to another), but the nature of this mobility. Where does it come from? Why is it getting bigger or smaller? Due to what is it generally happening? Be ready to raise all these issues in your academic paper, otherwise, the teacher can ask them at the most inopportune moment.

We suggest here to distinguish two important sources of mobility that are called "fluid" and "structural" ones. The structural one roughly corresponds to the Sorokin group mobility. Mobility, which is not so much a consequence of individual crossing of existing boundaries, but rather the fact that the borders themselves change their configuration.

In particular, the traditional hierarchy implies that at the bottom of the class system, there are workers engaged in unskilled physical labor: either rural workers (this is the very bottom of the established employment hierarchy) or urban unskilled workers. And there are more prestigious professions above, and above all – professional groups, like doctors or lawyers.

And over the past 50 years, under the influence of changes in technology, the lower groups have simply declined in absolute terms: far fewer people are employed in unskilled rural labor today than 50 years ago, especially 100 years ago, in all or almost all countries. On the contrary, the groups that are on top in the post-industrial economy are growing. Therefore, the general trend of mobility for decades – this is a trend of upward movement. Even if this trend is observed not because the borders are often crossed by individuals, but because the groups themselves are changing in size.