The automobile history timeline started in the year 1768 with the invention of steam power.

In 1806, the first cars moved by internal combustion engines (ICE) were constructed. This led to the gasoline's engine invention in 1885. This kind of an engine is used worldwide nowadays. 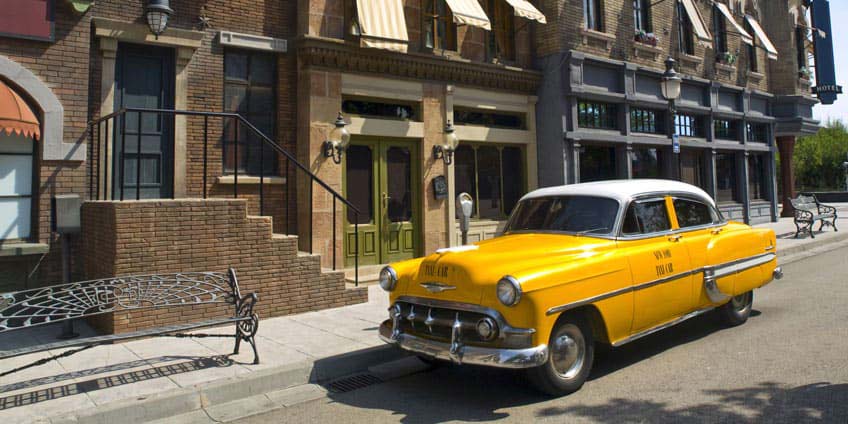 The first self-moving vehicle was not constructed in the USA (the first automobile was a three-wheeled machine of Carl Benz introduced in 1885). Therefore, Germany is the country which can proudly be called “the cradle of automobile history.”

It's not a bad topic for your history homework, is it?

History of Cars in the US

The history of cars in the US began in 1890, when the Duryea brothers founded their ICE car company. For 6 years they released and sold 13 different models of automobile.

Detroit is the place where history of cars began to change the world. In this city, the plants of the “Detroit’s Big Three” were built. The Big Three is the unofficial name of three biggest car manufacturers of the 20th century: Ford Motor Company, Chrysler Group LLC and General Motors Company.

In 1899, the next milestone of the American automobile history was hit. Henry Ford established the world’s first automobile factory near Detroit. The first product of this factory was called the “Ford Model A.” But Henry Ford's main goal was to put all America on wheels.

In 1908, Henry Ford releases his magnum opus: the “Ford Model T.” It was the first car in automobile history that sold more than 15 million cars. This model was affordable for middle class Americans.

At first, automobiles were luxury goods, unaffordable for regular people in America.  But Henry Ford was the first to use assembly line production principles instead of expensive and labor intensive handmade processes. This allowed him to lower automobile prices significantly. In 1913, the price of a “Tin Lizzy” (the nickname of the Ford Model T) reduced from $850 to $350. This made the model T even more affordable and cemented its legacy in the history of cars. 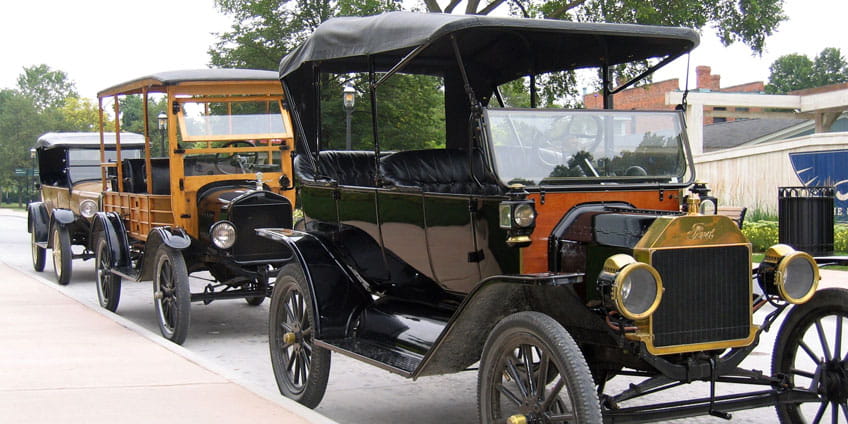 In 1908, the biggest car manufacturer of the 20th century was founded: the General Motors Company, created by William Durant who bought several small companies and united them as one. The General Motors Company owns such brands as Chevrolet, Cadillac, GMC, Opel, Buick and Vauxhall. Earlier, the company controlled Hummer, Oldsmobile, Saturn and Pontiac. GMC was the biggest automobile manufacturer in the world for 77 years. After the 2008 financial crisis, Toyota and Volkswagen took that title away.

The Cars That Made America Great

After World War I was over, the US became a world leader in car manufacturing. Every American dreamed about a personal automobile, and they were available for him or her. But the Great Depression had a major influence on automobile manufacturing. Many small companies were bankrupted, and the ones that survived had to learn from the mistakes and pay closer attention to the appearance and comfort level of their new models.

During World War II, when the European industry was decimated, the American industry developed rapidly. The quality and comfort of cars were greatly improved and many vehicles were used for military purposes.

After the war, a “golden era” began for the automobile in America. Money earned during the war was invested in production improvements. The first sport cars came to market, specifically the Chevrolet Corvette. Cadillac and Lincoln started to produce luxury automobiles for celebrities and politicians.

But during the 1973 oil crisis when the USA suffered from an oil embargo, the demand for such cars lowered significantly. People started buying more fuel-efficient models of Japanese and European production. This crisis seriously influenced automobile companies, many of them stood on the edge of bankruptcy. But Detroit’s Big Three survived the crisis again by switching to the production of smaller models.

The heaviest hit for the Big Three happened during the world financial crisis of 2008-2009. Chrysler and General Motors filed Chapter 11 bankruptcy.

Ford, which had much harder times than GM and Chrysler LLC in the middle 2000’s, hired a third-party CEO for the first time in its car history timeline. In December 2006, Ford was lucky to get a 23.5 billion dollar bailout as a loan from the government. Thanks to this loan, it could last through the financial crisis and avoid bankruptcy.

On July 23, 2009, Barack Obama signed a document establishing the White House Council for Automotive Communities. This organization was to keep an eye on restoring the might of the American industry and pay special attention to the Big Three of Detroit. The Council is also responsible for financial help and developing the main industry of Detroit.

Nowadays, the American automobile history is penning a new chapter. General Motors is rising to leading positions of the world’s car manufacture industry. The biggest American producers supply their clients all over the world with comfortable and affordable automobiles.

History of Cars: US Statistics

The United States is the leading automobile manufacturer in the world. More than 22% of all automobiles are produced in the US. The yearly sales volume of American companies in the US is more than 17 million automobiles. 17.5 million of them were sold in 2015, and that's one of the greatest results in automobile history. Almost 270,000 people were involved in this field in 2014, and the income from sales reached almost $228 million.

The greatest manufacturers in America are located in the Midwest region, specifically in the Great Lakes area. In four states, Michigan, Ohio, Missouri and Kentucky, more than a million vehicles per year are produced, while 19 companies in Metro Detroit produce more than 3 million automobiles yearly.

At the end of the 1930’s, Chrysler, Ford and GMC were really close to mastering the serial production of cars with automatic gearboxes. GMC was the first company to install a transmission with an automatic gearbox in its cars, starting in 1940 with Oldsmobile and Cadillac cars. This transmission had a three-speed gearbox with a hydraulic gear switching control system.

The further development of automatic transmissions centered around improving the production, quality and durability of mechanical parts in automatic gearboxes. Until the 1980’s no major changes were imposed on the original 1940 design.

Since the 1980’s, car manufacturers started to use an electronic system to control the automatic gearbox. Toyota was the first to use this electrical system in 1983. Then in 1987, Ford started using electronic blocks to control automatic transmissions of their cars.

The history of the automatic transmission is not over: newest solutions of the digital world are being adapted to be used in the car industry.