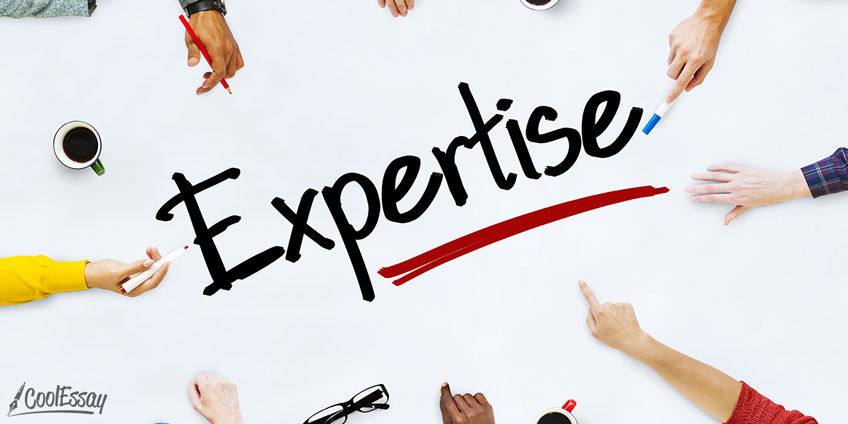 What professions monopolize the way of life? What do you know about this and are you ready to write a college essay on a similar topic? Your professor would be very glad to see such a topic among those you have studied. It is quite non-trivial and combines several different directions at once. So, let us talk about it today.

The examination of expertise is at the intersection of the social stratification and the study of professions. Like almost all sociology, it begins with Weber's work.

He describes three types of social stratification: class, party and status ones, arguing that societies are gradually moving in the direction of reducing the status component, typical to the European Middle Ages, in which class divisions dominated, to the class or party one. Estates as endogamous groups, adhering to a certain style of life and enjoying a hereditary prestige on this basis, seem to disappear from our world. We hardly know what the border between the nobility and the bourgeoisie looked like even in the nineteenth century, not to mention earlier eras.

Here, however, many sociologists do not quite agree with Weber. According to them, if we take the definition from his works, it turns out that the status groups do not necessarily disappear. In a sense, we live in a no less caste society (assuming that the caste system is the ideal type of stratification based on status differences), but today the difference has shifted from the field of lifestyle to the style of thinking.

Those groups that correspond to the definition of status groups are primarily professions today. For the sake of justice, we must say that Weber points out that the status differences may have been transferred to the sphere of education and professional occupations. But this is a reference he manages to do only in passing.

Researchers began to develop this idea somewhere in the 1970s, and in the 1970s and 1980s, several very important books were published about how professions, understood as groups that monopolized the expertise in a certain area, arose, existed, developed, competed with each other and sometimes (in fact, very rarely) died.

Most professional groups do not have a strong overall lifestyle (although some of them, like priests or doctors, have it), but have a way of thinking that is transmitted through a complex system of formal education. In order to become a doctor, you need to think like a doctor. You need to learn not only a set of knowledge but also certain attitudes. Professional groups are not legally endogamous, of course, but we have the greatest chances to find a companion of life among colleagues – it is the primary marriage market where we all, most likely, will obtain what we are looking for.

The most likely profession for any kid is the profession of parents because it is easier and because parents are in front of their eyes and set a role model because it is clear what it looks like. Therefore, although, of course, the law says nothing about the fact that children of doctors should become doctors, this happens de facto with a surprising frequency. And the profession enjoys some prestige and respect.

As a student, you will definitely earn the respect of your teacher if you order essays from the professionals on coolessay.net.

Today, these are the ones of professional prestige. One of the first questions we ask each new acquaintance is what he or she actually does, and the answer largely determines the degree of respect and interest that this new person evokes.

Today, professions do not wear different costumes, as members of different medieval workshops or, even more so, members of different classes did, for example. But, in principle, we know approximately, imagining the class system and a number of stereotypes, that the doctor looks one way, the university professor looks another way, the unskilled worker will look different – we are terribly surprised if we confuse one with another (do you often see unskilled workers in velveteen jackets?).

The profession monopolizes not so much the way of life as a whole but a certain niche in the labor market. For the medieval classes and status groups, the niche in the labor market is only a part of the way of life. For example, noblemen have a monopoly on serving in the army and some public positions under the old French regime. And the bourgeoisie de facto has a monopoly on engaging in trade. If a nobleman begins to engage in trade, which one often wants to do, because the nobility is declining due to the reduction of land rents, it turns out that it cannot be done. Otherwise, you will lose your position in the noble class, and those career paths that are open to you as for the nobility will be closed once and for all.

You get out of the estate, get married wrong – that is all, this position is lost. And today, professional groups monopolize the same markets or niches in the labor markets, fixing the opportunity to provide certain types of services. If earlier work was a derivative of the lifestyle (it is clear that it was necessary for a nobleman to serve in the army and not to trade on the contrary), today there is no idea of a holistic lifestyle as the main thing.

Mind Your Own Business

However, there is a clear idea that only a specialist who has received the appropriate education can do some work. In many cases, this right is enshrined in law: someone who is not a doctor cannot offer medical services, and a person who is not a lawyer cannot offer legal services. And even where there is no law, there is still a very strong faith and a collective belief that there are things that are only available for the experts.

There is a great book about the social transformation of American medicine, which tells how American doctors turned from a group that was very heterogeneous, generally economically unsuccessful and not enjoying any special respect, to the most respected and influential group in the United States. It happened in a relatively short period – about 40 years.

At first, doctors are very different, but there are not many of them compared to the current state, because there is a strong belief that everyone is ultimately the best judge of their health. And then, something happens that is called the monopolizing expertise or the establishing of the cultural authority: Americans come to the conclusion that no, not everyone is the best judge. If earlier a textbook, which tells how urine can be analyzed in the kitchen, is cheerfully sold, then now no one will sell such textbooks, and most importantly, no one else will buy them because we believe that this occupation is purely for the specially trained people.

You can compare this with the areas in which the monopolization of expertise has not occurred. For example, we still believe that, in the final analysis, everyone is the best judge of their mental health, and the psychological help of a loved one is not worse than the one of a professional. So, we think that letting a friend cry on our shoulder is generally the first and holy friendly duty. The same goes for the situation when a friend asks to help them with an assignment – we are unlikely to refuse.

But what about cutting a friend’s appendicitis? Of course, no. Or we think that we would rather look for a life partner on our own without resorting to a marriage agency. If a super-agency appears declaring that you should not marry until this agency approves your choice, then we will find this a rude interference in our personal lives. But in the case of medical operations and health of the body, the delegation of authority does not cause much doubt.