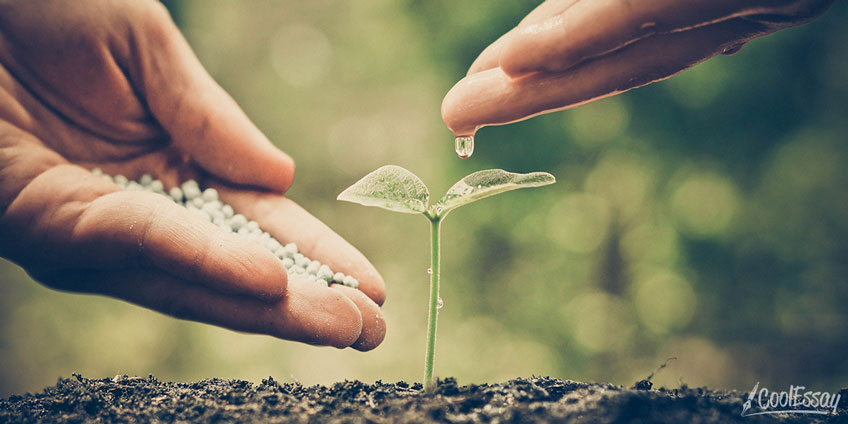 If you write an important paper and are confused if you present the material correctly, read this essay sample and draw the right conclusions. More similar articles and useful tips can be found on coolessay.net.

The most large-scale task of a socially-oriented economy of the state is the activity oriented to social protection of all strata of society and to elaboration of an effective social policy strategy. The form of its implementation is an actual mode of action of the state, introduced in a social policy, which covers all spheres of economic relations in a country. One of the most important areas of its activity is the regulation of employment and stimulation of highly skilled and productive work, and as a result, the increase in the national income.

Neoclassicists considered the labor market as an equivalent, where experience and supply are balanced by fluctuations in the level of wages, and unemployment is a mitigating factor. That is, it is caused by a natural desire of workers to find a better job. In the twentieth century it turned out that it was impossible to turn the labor market over to spontaneous market forces.

The most important reasons for the development and activation of performance of the bourgeois state in the sphere considered are:

The state's influence in the labor market is exerted through direct and indirect means. You can write about them in your college essay in more detail or just enumerate them – it is up to you.

The factor of increasing unemployment in our society is the politics aimed at financial and credit stabilization of the economy, that is at the retention of inflation. Throughout the world this direction of the state’s domestic politics contributes to the reduction of demand for labor and mobilizes the army of the unemployed.

There are two options for the development. The first one is to preserve the status quo for all, that is to pay all people equally and little, making the labor force immobile.

The second one is to significantly increase the level of wages: not equally for all, but differentially, depending on the real contribution to production. At the same time, such measure entails the introduction of labor-saving equipment and technology, reduction of redundant personnel by paying them a benefit, the size of which directly depends on the level of wages, and provision of free re-qualification and job placement assistance.

The first option significantly reduces the quality of the labor force and productivity. The second one, however, is a model of labor market development in all developed countries.

Full employment has become total employment of the low-mobility workforce, which has become accustomed to receiving low wages not for work, but for a workplace. A considerable part of workers is still engaged in unskilled labor in the production sphere. This model of using resources is aimed at cheap labor with undeveloped modern needs and a large number of free social services of rather low quality.

The feedback "production – people" is ignored. Production is aimed mainly at its goals and accomplishes its tasks. Due to the absence of socially oriented production such policy has created deformations with respect to labor resources: the decrease in the birth rate, simple reproduction of the labor force, poor education of children, low level of skills and education of the workforce, etc.

Full-time employment is a voluntary labor service organized according to a military model. From the state's point of view, it is the best way to provide jobs for everyone, as well as to take total control over a population.

At the same time, employment is characterized by large disproportions: next to the surplus labor and types of activity in some spheres there is an enormous shortage of workers in others.

In the second half of the 1980s the concept of effective employment was defined and officially approved. This is not general, but socially oriented employment, the main components of which are:

We will take a short pause and remind you that the success of academic papers of this kind largely depends on reliability of your sources. So, always check the information you use.

Provision of Employment at the Initial Stage of Market Formation

The very first steps towards the market economy hit one more area of relative social well-being in the old economic system. That is full-time employment.

This problem is exceptionally complicated already because it affects the foundations of the previous economic system excluding unemployment, which was not hidden by the involvement of surplus workers in any case.

It is important to note that unemployment we are facing now is caused not by the technical progress or the crisis of overproduction, as it occurs cyclically in the market economy, but by the factors that come from profound previous deformations in the development of the national economy.

Elimination of such deformations requires the accelerated increase in the production of consumer goods, the establishment of new enterprises and firms in this area. Here, in connection with high demand (and, hence, high prices), wages should also increase.

Abandonment of the full-time course means the loss of an important social guarantee, along with all its ensuing consequences. This requires if not complete prevention of such loss (this is impossible), then, at least, the mitigation of the issues caused by it.

A number of measures are needed to streamline the process, preventing unemployment from becoming mass, allowing to effectively retrain workers, supporting them during the job search period, actively creating new jobs, etc.

Reduction of capital investments on a national scale can be somewhat compensated by a vigorous investment policy of local regional authorities.

Now it is supposed to provide compensation for losses in wages. First and foremost, it concerns unemployment benefits and severance payments. The question rests in the lack of the sources of funding, the establishment of special employment services, the functioning of the retraining system, and the work of information centers that store data on the surplus labor and the need for it.