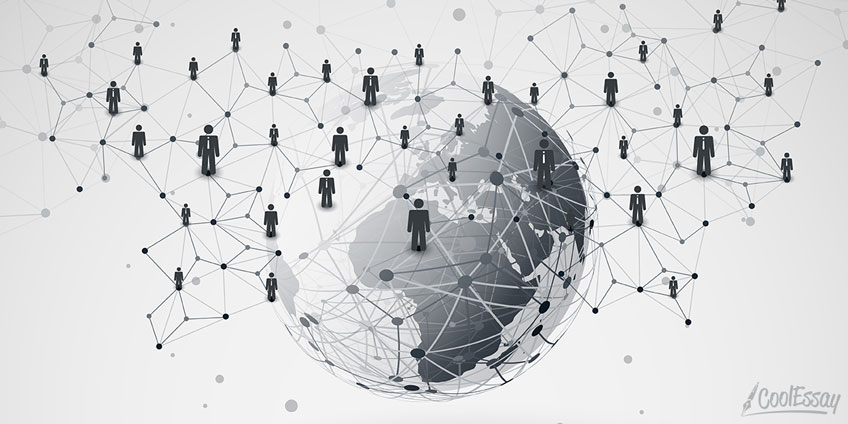 Before we start to consider important functions, we want to say that any, even the most complex college essays can be written with ease if only you have the will, the time and the necessary materials. If you, in addition, are interested in the topic, then this is almost a guarantee of success.

One of the most important functions of a family is existential, the function of social and emotional protection of its members.

It is known that the essence of any phenomenon is especially evident in an extreme situation. In the moment of danger, most people tend to be close to their families. In a situation that threatens life and health, a person calls for help from the mother and loved ones. In a family, a person feels the value of his or her life, finds selfless devotion and readiness for self-sacrifice in the name of life of close people. The consciousness that a person is needed and dear to someone, that people love him or her and that they are ready to give their life for him or her, gives rise to a sense of security, supports morale and confidence.

The next most important function is economic and household. The essence of this function from the public point of view is to support minors and disabled members of society, from individual one – it is in obtaining material means and household services.

Recreational or regenerative function is aimed at restoring and strengthening the physical, psychological, emotional and spiritual strength of a person after a hard working day. This function is not well understood, but scientists have reliable facts that prove the positive impact of a family on the health of the spouses. It should be given some examples that confirm this: bachelorhood contributes (directly or indirectly) to the occurrence of such serious diseases as hypertension, neurasthenia, and ulcers. Marriage has a more beneficial effect on the health of the spouses, and it is even better for men than for women. And the loss of one of the spouses is more difficult for men than for women.

The leisure function carries out the organization of rational leisure and carries out control in the sphere of free time. In addition, it satisfies certain needs of an individual in carrying out leisure activities.

The felicitological function (do not be afraid of this word, this is one of the neologisms of modern science; if you doubt its meaning, ask the writers from coolessay.net, they will explain everything and even be able to write a paper about this) is of particular interest in this list. Of course, the notion of hedonism, based on love in a family, is peculiar not only to modern life. It is naive to consider that this function did not exist before. But right now, love and happiness have become the main reason for creating a family, and not reproductive and economic considerations. Therefore, strengthening the role of this function makes modern marriage relations specific in comparison with ones of other historical periods.

So, completing the conversation about the nature and social functions of a family, we will try to answer the question. What is the ineradicable power of a family?

Its strength, attractiveness and essence lie in the integrity that is inherent in it as in a social community, a small social group and a social institution. The integrity is formed due to the mutual attraction and complementarity of the sexes creating a "single androgenic being", a kind of integrity that cannot be reduced to the sum of family members or to a single member.

It is impossible that people live together and constantly maintain relations without a sense of the whole that they form by their union, without becoming attached to this whole, not caring about its interests and not taking it into account in their behavior.

A family is created to meet not one or two vital human needs, but a whole set of them. Thus, unlike other small groups, unions and corporations, it unites the whole integrity of its existence, whereas, for example, the members of the production collective are united only by their professional interests.

Like no other social institution, a family has a unique ability to combine personal, collective, and public interests due to its ability to cultivate the physiological and psychological needs of a person, thanks to its ability of self-organization and self-development. Family is an inseparable cell of a large social organism called society.

One of the most distinctive and amazing properties of a family is flexibility and dynamism of the forms of its structural organization. Thanks to the universal ability to adapt to the peculiarities of all times and peoples, a family has created a huge variety of structure types, sometimes changing its face beyond recognition while preserving its essence.

What Will Happen Next?

It is quite obvious that a family, like society as a whole, is experiencing a deep crisis today. Being the primary element of society, it gives a picture of the same contradictions in miniature that are inherent in society.

The manifestations of this crisis are such indicators as the fall in the birth rate, instability of a family, the increase in the number of divorces, the emergence of a large number of childless families, etc. The indicator of the crisis is also a sharp reduction in the number of marriages and, at the same time, the active growth of extramarital births.

In the absence of a state program for adaptation of a family to transitional state of society and a family itself, it looks for the mechanisms of survival by itself at the cost of great losses and by trial and error. In modern conditions, social functions are significantly changing. For example, the economic function undergoes great transformations.

The development of a modern family is largely due to the increasing role and importance of personal potential in family relationships. This is because of the effect of factors such as the transition to market relations, a constitutional state, and information technology rapid development. That, in turn, requires the greatest efforts of creative potential of an individual, and corresponding possibilities of social adaptation.

The value of each life sharply increases. It manifests itself in raising personal awareness, maintaining health and good shape in information society.

To ensure the qualitative growth of a worker and the younger generation, appropriate living conditions and material resources must be created, including the level of education and culture, housing conditions, quality of nutrition, health, services, recreation, and alleviation of nervous tension. In short, the need for quality of life increases.

At the same time, the requirements to quality of interpersonal relations, mutual tolerance, respect for the rights and dignity of each member of a family will increase.

One of the important tasks of the formation of new family relations is the outstripping education of culture of the younger generation.

The knowledge of young people about a family is limited mainly by the experience of their parent’s life or is supplemented by not the best examples of mass art that captures television, cinema screens, and the press.

If family traditions are of some value, then the "ideals" of violence and fear cause irreparable harm to the younger generation. The danger of such impact is further increased by the fact that today foundations of a family of the future are laid, initial principles and norms of relationship between its members are being formed. It is necessary to reverse the negative trend and create a system for preparing the younger generation for a new type of family life, using education, art, the media, public opinion, and public organizations.

The system of family education should include: