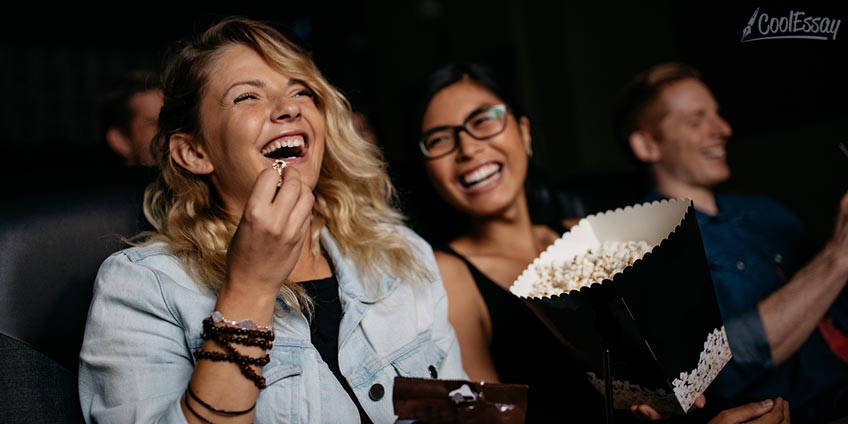 French filmmakers have long ceased to please both amateurs and ordinary people with a quality and serious movie, in contrast to the same Spaniards. However, the new film of the tandem of Olivier Nakache and Eric Toledano became the very interesting exception.

And it is interesting not only because it got to the top lines of most authoritative film editions, but even simply because it is one of the few modern French films that are really remembered. And we think that this is not the kind of film that should be arranged systematically in terms of all canons and references to the past. It is just worth watching and enjoying.

"Untouchable", perhaps, is one of the most popular films, which is exhibited everywhere in the lists of the most touching and even moral films with meaning. How many laudatory responses can be found, and how difficult it is to find criticism. Almost everyone watching this film position it as a deep (and sometimes philosophical) movie that can be reviewed repeatedly.

Features of the Plot

The tragicomedy of the French directors tells the real story of the aristocrat Philippe Pozzo di Borgo, who, as a result of the accident, becomes paralyzed and hires as aide the former criminal Driss, in the issue of which their life is transformed in the most fundamental way.

The plot, or rather the starting point, seems simple, but after watching you ask yourself "Have I seen something like this before?" and you are more likely to answer "No" or "I do not remember". Young, not the most prosperous, but simple man is looking for work. Of course, he does not have much experience, and he is not the most aristocratic kind, but he is cheerful and such people, as a rule, win the favor of others.

The rich paralyzed Philippe (Francois Cluzet) needs exactly such a person. And after not very smooth interview Driss (Omar Sy) is invited to become a nurse for Philippe. However, Driss, as already mentioned, is the simple guy, and is not immediately ready to throw aside all his principles while caring for a paralyzed person even for big money, not to mention the fact that he has no experience in this occupation. And it is this simplicity, precisely this distance of Driss from the aristocratic life of Philippe and their dissimilarity become crucial.

Driss showed Philippe how to live and really enjoy the life at the same time, even if he is tied to a wheelchair. And, most importantly, Driss himself enjoys the fact that he helps a man who until quite recently was completely alien to him. And such, we tell you, is really rare and it is such relationships that are called true friendship.

The title of the film plays a huge role in understanding. Why? We would say that such friendship as the friendship between Philippe and Driss is really strong alliance that makes people "untouchable", because mutual assistance and support of a reliable person are worth a lot. It is difficult to talk about mutual assistance in the described tandem, given that Philippe is almost completely paralyzed, but here Driss gets the means to live in pleasure, and Philippe, in turn, having the resources, gets ideas and instructions on how exactly to live. Together, they both live as each of them would wish.

Francois Cluzet and Omar Sy – an impeccable tandem for teamwork. It is hard to compare this couple with someone else, because you really want to believe their performance. Easy French humor with its delicate taste and long aftertaste, such typical of all French cinema, but so rarely getting into really interesting films, finally reached its destination.

All jokes and all situations that cause a smile are sincere and seemingly real. Much of what can be seen in the movie can be imagined in the ordinary life, which cannot be said about the Hollywood humor of artificial situation, which, although it sometimes causes hysterical laughter and makes people tell jokes and scenes of films, not seems to be true. Yes, maybe you will not laugh at the entire cinema hall and forget those situations that you saw in the movie, but you will enjoy everything that is happening on the screen during the viewing.

The Work of the Film Crew 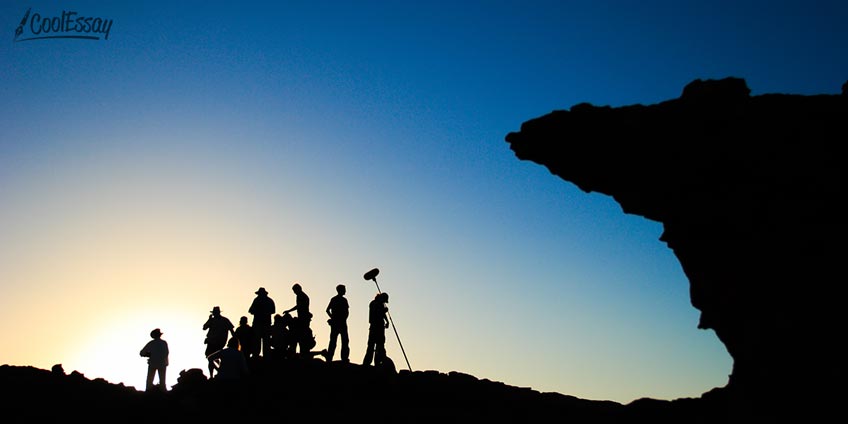 The film is brilliant, of course. This is a damn fine mixture of drama with a sitcom, full of love of life, positive and beautiful mood. It is the very life-affirming movie, motivating not to lose heart even in the most difficult situations. A penetrating picture of views on life, of relationships, friendship, devotion and duty. And, in spite of the general dramatic background of the film, it is incredibly funny and dynamic, although it is quite difficult to call it unpredictable: we will not say that the plot is very twisted, intriguing and original. Even though the basis is real history.

It is very interesting that there was a place not only to consider the development of relations between the main characters in the plot, but also the emphasis on the life and family of Driss, which allows us to study more deeply his character and understand the story.

But all the charm of the film is not in history, but in implementation – in design, in acting, in an emotional background.

The first thing we want to mention is an amazing, penetrating, mostly piano musical accompaniment, which definitely deserves attention. In general, the composer Ludovico Einaudi could very elegantly combine modern electronic motifs with classical music and created an ideal musical background for the picture – emotional, exciting and unmistakably falling into the mood of the moment, leading the viewer to each note of the main characters' feelings. The considerable part of the atmosphere of the film is certainly due to Einaudi.

The work of directors and the operator is pleasant to the eye and quite interesting, high-quality. Yes, many standard cinematographic techniques are used, nothing new can be found in this film, and, however, there is something to see and evaluate.

But, of course, the main highlight of the film is the phenomenal acting performance. It is so realistic and penetrating that every emotion, every thought of the heroes is conveyed to the viewer in the smallest detail. Characters tug at your heart strings, you feel them, you believe them with every part of the body. And the close-ups especially emphasize the huge talent of the performers of the main roles. An amazing game and an inexpressible sense of presence. Definitely, it is the most powerful and penetrating role of Omar Sy.

As for Philippe, Francois Cluzet – although the actor played the rich man, paralytic from the head to the feet, nevertheless, he was able to convey just with one face more than many modern actors do with all their roles put together – a great game and possession of facial expressions.

To summarize, we would like to note the main idea of the film. We see dozens and hundreds of romantic comedies, where love has the last word and turns the last page of the story told. However, everyone has breaks and breakups, but a real strong friendship is always unshakable, unless, perhaps, it is not overshadowed by betrayal. And this film is no exception – it is also about love. Only love here is friendly.

This film cannot have any age restrictions. There are no flat jokes, aggression and cruelty. Such films teach to be sincere and appreciate people around you, and it is better to teach such things as early as possible.