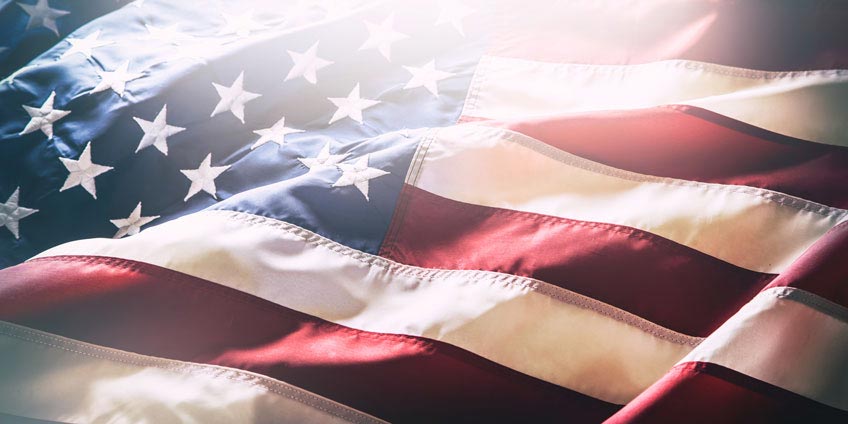 Seriously, if I could have someone to do my history homework so thoroughly back when I was in college, this would have been amazing! In this text you will find not only the most important dates in American history, but also descriptions of the events.

In fact, the history of people is the history of wars. Armed conflicts have always brought changes, despite being really cruel and inhuman. Soldiers are the first people to sign the book of history. Let’s review the history of the US and its military conflicts ourselves. 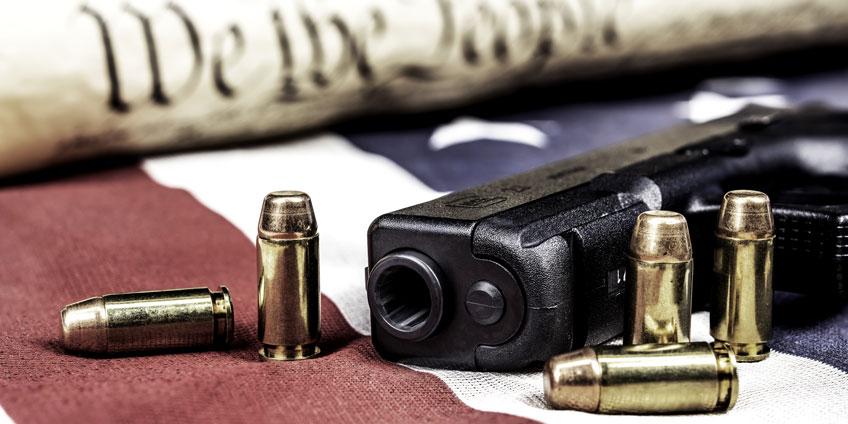 American Wars of the 18th Century

It is simply natural to start our list of American wars exactly with this conflict, also known as the American War of Independence. The history of the United States began with the fight of the thirteen colonies for independence against the British Empire. It ended in the total victory of American troops, and the independence was proclaimed. The ceasefire was established in Paris on November 30, 1782. On September 3, 1783, Great Britain recognized the independence of the USA.

The series of armed conflicts between American military forces and the Cherokee tribes. The point was to gain control over the Eastern parts of Tennessee and Kentucky states.

The continuation of the conflict with Cherokee people and the wider coalition of tribes trying to stop American settlers from expanding their borders to indigenous peoples’ territories. As a result, Cherokee and their allies completely lost control over the lands of Tennessee and Kentucky states.

It was a conflict between the US and the confederation of Native American tribes for control over the territories to the Northwest of the Ohio River. Americans gained lands of a contemporary Ohio state and some territories of Indiana.

American Wars of the 19th Century

A conflict between the US and the United Kingdom during the Napoleonic wars, which became the “second war of independence” for Americans. Many Native American tribes, unsatisfied with US forces occupying their lands, fought for Britain. All in all, the US confirmed their status of an independent state, despite the fact that joint British and Canadian forces burned down the capital city of Washington during the conflict.

Local tribes lost the financial support of Great Britain (including supplies of modern arms) and were moved to Indian Territories.

The internal US fight between 24 states of the North and 11 states of the South. Main reasons were: the issue of slavery, the economic discrepencies between the North and the South, and the political struggle. It was the deadliest war in the history of the United States: it took more lives of  American citizens than any other military conflict. Officially, this conflict ended on May 10, 1865, with the victory of the North. Slavery was completely abolished in US. This date is rightfully called one of the most important in the history of the United States.

The word "Moro" refers to the Muslim people who inhabited the Southern Philippines, the area of Mindanao, Jolo and the Sulu Archipelago nearby.

The Moro Rebellion is the historical name for an armed conflict between the Moro people and the United States military forces.

American Wars of the 20th Century

The US entered World War I on April 6, 1917. America tried to remain neutral earlier, but after the German fleets attacked several American civil ships, the US President Woodrow Wilson received the congressional approval to enter the conflict. After the mobilization of July 1917, the first American troops arrived in France to help allies defend Paris from the German heavy offensive. 4 million of American citizens took part in this war, 117 465 of them were killed in action.

After the October revolution of 1917, American troops landed in the Far East region of the former Russian Empire. France and Great Britain asked their US allies for help, and the government sent military units to the city of Vladivostok in August, 1918. This expedition corps had 7950 soldiers in it. Officially, the US claimed to stay neutral and not to help any rival army.

After the Kolchak’s army suffered its defeat in 1919, all American soldiers left Russia on April 1, 1920, as there was no point in maintaining their presence. According to different sources, the corps lost 189 men in action.

On December 7, 1941, another chapter of the US history began: Japan attacked the USA and partially destroyed the American Pacific Fleet in Pearl Harbor. On the next day, the Congress approved the proposition of the US President Franklin Roosevelt to declare war on Japan. On Dec 11, Germany, the ally of Japan, declared war on the USA. The main fights took place in the Sea of Japan, and the big land operations began only on the 6th of June, 1944, in Normandy, where the Western Front was open in Europe.

American soldiers took part in battles on the territory of Italy, Tunis, Algeria, Morocco and South-Eastern Asia. Officially, almost 300, 000 US soldiers were killed in action during World War II. The Allied victory over the Axis powers had a huge significance for the history of the whole world.

After the Second World War was over, American forces occupied the southern part of the Korean Peninsula, which later became South Korea. The bloody Korean War did not change the borders of South Korea and its state organization, but the US soldiers never left the country after that. At the moment, there are as many as 37, 000 American soldiers in South Korea, which is one of the largest expedition corps of the US army in modern history.

The Vietnam conflict is not the deadliest war in the history of America, but it is definitely one of the bloodiest. As a result, the American troops withdrew and North Vietnam won, having occupied the whole territory of the South.

In fact, the US influence in the region started to grow in 1955. Later, after France’s refusal to protect its interests in South Vietnam, the situation in the country got worse. The civil rivalry escalated rapidly. In March 1965, the United States of America sent the first troops of marines and automatically became the participant of the Vietnamese civil war, starting another bloody part of their history.

The main rival of Americans were the people of the National Liberation Front of South Vietnam, widely known in history as Viet Cong, supported by the North Vietnam’s regular armed forces. Till 1969, the US had been organizing serious offensive operations against the Vietnamese partisans. During that period, 543, 000 American soldiers were present in the region at a time.

After the year of 1969, the USA started to withdraw forces out of the country due to various reasons: North Vietnam had a chain of successful operations, and the conflict became too costly for the American budget. As a result, the South Vietnamese government got back their control over the territories, and the history took a different course.

On the 27th of January, 1973, a peaceful agreement was arranged, and on the 29th of March, the last American soldier left Vietnam. Two years later, North Vietnamese forces captured Saigon, the capital of South Vietnam, and gained control over the whole country.

Overall, there were many casualties among the US soldiers: nearly 60, 000 were killed in action, and more than 300, 000 were wounded.

On the 2nd of August, 1990, Iraqi forces invaded Kuwait and totally occupied the territory of the country. On August 8, Iraq officially annexed the occupied lands. Later, Iraqi troops approached the border between Kuwait and Saudi Arabia. Many experts share the opinion that Iraq was about to start the invasion of Saudi territories.

On August 7, the first US troops arrived in Saudi Arabia to protect the country, and this was the beginning of the participation in the Gulf War. Several big military operations were organized during the war:

In August 1990, the first US military units arrived in Saudi Arabia. In a short period of time, 246, 000 soldiers and 240, 000 tons of cargo were delivered, allowing to organize a big offensive on Kuwait. The newest military history era had started.

On November 29, 1990, the UN Security Council passed the resolution allowing the use of all available forces against Iraq to free Kuwait. The air strike operation – Desert Storm – was organized to defeat the enemy without having to fight on the ground. On the 17th of January, 1991, massive airstrikes hit the Iraqi territory. They lasted till the end of February. More than 1, 000 aircraft based in Saudi Arabia and 6 American aircraft carriers took part in this operation.

American Wars of the 21st Century

On October 7, 2001, the US launched a large military offensive against the Islamic organization of “Taliban” which was in control of the most territories in Afghanistan. The operation was the answer to 9/11 terrorist attacks on the World Trade Center. The first strike was performed by 40 aircraft as well as American and British warships launching cruise missiles to hit different targets on the territory of Afghanistan.

The ground operation began on November 27. On the 5th of January, 2002, the first US soldier was killed in action in Afghanistan.

The overall US casualties: more than 2, 200 soldiers. The fight continues till our days (2018). This is the second longest war in the US history, lasting for more than 16 years for now.

The Operation Anaconda is the fight worth mentioning separately.

The Operation Anaconda started on the 2nd of March, 2002, with the aim to surround and eliminate hostile troops in the Shah-i-Kot Valley. On March 18, “Al-Qaeda” resistance in the valley was totally broken. 8 American soldiers were killed and more than 80 were wounded during the operation. Up until now, this operation remains the biggest ground fight of the US forces in Afghanistan.

After the USA invaded Afghanistan, the “Taliban” movement of Northern Pakistan started providing active support for the Afghani rebels. In 2004, Pakistan, supported by the US forces, started a full-scale operation on the Pakistani North-West to fight foreign terrorists. Air strikes and ground fights have been ongoing till our days.

After the invasion of Afghanistan and making the “Taliban” movement lose power, the US started the Iraq War on the pretext that the Iraqi ruler Saddam Hussein had been developing weapons of mass destruction.

On March 20, 2003, the operation “Iraqi Freedom” began. Ground forces were involved in the conflict almost immediately, with no prolonged airstrike preparations. They did not meet serious resistance. Bagdad was captured on the 9th of April without any fight. On April 15, American forces captured Tikrit, the native city of Saddam Hussein. This was the end of active military operations in Iraq. Officially, 149 US soldiers were killed in 21 day of fighting. The partisan hunt on Americans began, having lasted till 2011.

All wars in the world must be remembered. People must keep this memory alive and do everything possible to prevent deadly conflicts from happening ever again in the future.