When you find yourself in times of trouble, your hectic college life drives you crazy, boredom of your existence devours you slowly, you are too tired of writing essays and you still do not want to gamble, just chase all your fear and skepticism, experience the most mystical and enigmatic science ever – the alchemy. It is not only a type of science, but also a unique philosophy and can even be considered art. Some people may say that all these beautiful words are just a camouflage for banal greed, but many alchemists died for their scientific convictions. Would you die or endure inhuman tortures for your greed? Sounds very dubious. The inquisition was not afraid of their greed. It was afraid of their knowledge and freedom of mind.

If you are a hopeless dreamer, feeling lost in time and space, you want to find your own way and you are free from prejudices and stereotypes, our congratulations: you are a novice alchemist. Hundreds of years semi-crazy cult priests have been trying to find a magic substance: the Philosopher’s Stone, which could turn lead into silver and copper into gold, to cure all the illnesses on Earth, to make the average life expectancy longer and even to make jewels as some garden truck. However, it was not the only goal.

Every true alchemist was eager to find the real secret of the and the formula of immortality. They believed that the almighty stone could be turned into an elixir of longevity and eternal youth. Certainly, these people were the biggest magicians and romantics ever. Well, it is no wonder that the clergy and the nobles were constantly trying to treat them like means for achieving their ambitious designs.

However, alchemists were not just idle dreamers. They have also reached some practical results. For instance, they invented various machines to clean the liquids and crystallize salts and learnt to use some chemical elements in medicine. Despite all these useful achievements, they had to keep their work in secret and build some clandestine laboratories to prevent attacks of curious frauds obsessed by the idea of eternal and absolute power. One more thing to be afraid of was the omniscient inquisition, always ready to track down some sorcerer or necromancer and kill him in the name of Lord. The main goal of alchemy was the great transformation, the great reincarnation, the great metamorphosis.

Many people say that alchemy was the mad mother of chemistry and one science was the start of another, but in fact, they have some significant differences. Particularly, chemistry needs a person just like a physical mediator, whereas alchemy needs something more than your corporal shell. It needs some philosophical and moral frameworks and the key is that your soul takes part in your scientific trials. Therefore, long story short, alchemy is transcendent and chemistry is shallow. If you are studying chemistry at college and things are not working out, stop blaming your intellectual abilities. Just recognize that you are destined for something more, for alchemy. Just put your black coat on (with the hood down over your eyes, for sure), arm yourself with melting pots and black cats – and start doing witchcraft!

The Main Laws of Alchemy 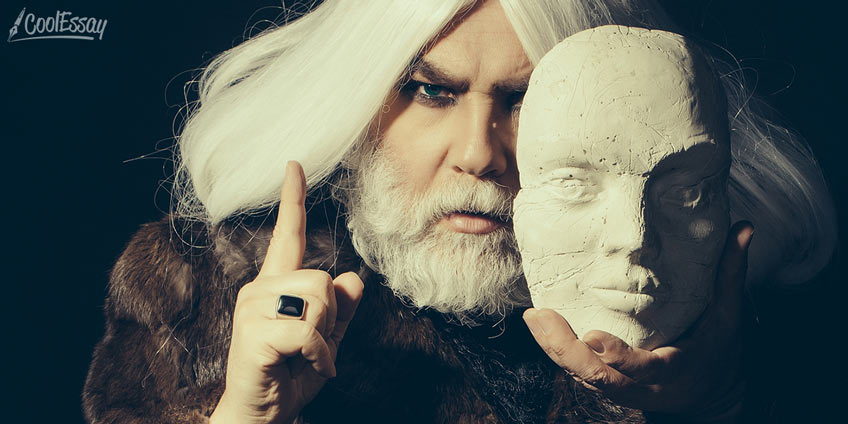 First of all, the most significant principle is the unity of matter. It can exist in plenty of forms but it is always only one. What can exist in macrocosm exists also in microcosm. We can find in big what exists in small because everything is tightly connected. Every metal can turn into gold; every human can turn into god. The most important chemical elements are quicksilver (symbol of femininity, sulphur (symbol of masculinity) and salt. All these components can be found in every human, but if you mix it in a proper way you will get the formula of gold, which means sun, power and harmony.

Trying to improve this world, alchemists threw a challenge to the good old nature. If you do not fear to venture a bit, just leave all your scientific cynicism behind and start doing magic! Stand up and fight with all the four elements!

Alchemists believed that people and universe live by the same laws and rules. Everything is striving to evolve and improve. Every single creature is constantly moving to perfection and alchemy is the only means to reach it. The desired gold was not just a despicable metal. It was a symbol of the solar cult, the eternal life and perfection.

All alchemical tractates were also encrypted and incomprehensible for outsiders. These genius people could conceal their knowledge and understand each other at the same time. They created a special cypher: for instance, the Sun meant gold, the Moon implied silver, Mercury imported quicksilver, Saturn connoted lead, Jupiter inferred tin, Mars indicated iron and Venus signified copper. Also gold was called Lion and silver was called Lily and their composite (platinum) was the most beautiful union in the world.

Many legendary doctors were also famous alchemists, for instance, Paracelsus, who was the father of our modern pharmacy. On the other hand, alchemists could also be rare villains, such as famous Gilles de Rais, known as the companion-in-arms of Joan of Arc. He perceived all the treatises too literally and killed many innocent children to get some young fresh blood for alchemical experiments. If you do not want to finish your life in prison or in the bonfire of the holy inquisition (and we do not know what is worse indeed) just stop thinking of blood and use other components for your magic elixirs.

Alchemy was also elevated in plenty of literary pieces such as “Foucault's Pendulum” by Umberto Eco, “The Hunchback of Notre-Dame” by Victor Hugo, “The Da Vinci Code” by Dan Brown, legendary “Harry Potter and the Philosopher's Stone” by Joanne Rowling, “Joseph Balsamo” by Alexander Dumas, and so on.

If you want to know how is it like to be a living legend, just get rid of all the rules and your daily routine. Start being Doctor Johannes Faust, visit the incredible chemical wedding of Lion and Lily. Spread your wings, sit down on your broom and let your black coat blow. Learn how to make various potions and tinctures. Prepare an enormous pot and be ready to pick up dangerous herbs in the midnight forest, learn how to cast a spell. Alchemy is waiting, let the magic begin!