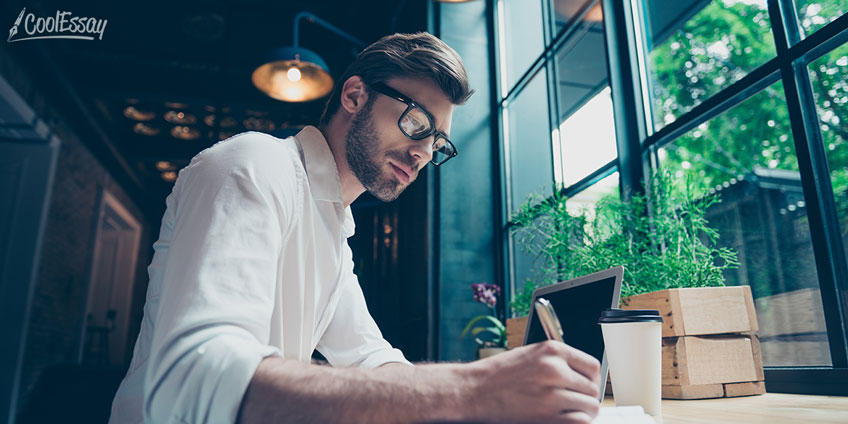 The first half of the XIX century did not know a brighter figure than Honore de Balzac (1799-1850), who rightly was called the father of modern realism and naturalism. His life is a living embodiment of conditions in which an average European, and especially a French writer of the XIX century, was. Balzac lived only 51 years and left a reader 96 works. He planned to write about 150 of them, but did not have time to complete his grandiose plan. All his works are interconnected through characters, which in some novels were the main ones, while in others they were secondary heroes.

His oeuvre was developed under the influence of French and English literary traditions. In addition, he was influenced by the works of philosophers-mystics. Such a circle of reading formed the basis for the synthesis of romantic and realistic tendencies in Balzac's prose.

He never expected inspiration. He was a workaholic writer, he had been working for 12-14 hours. He drank coffee in huge quantities, which he prepared for himself. His works are not favors of the muse, but persistent studies of human nature, the psychology of society, its way of the life and culture. In the preface to the "Human Comedy", he draws a parallel between development of the animal world and the world of people, notes that the formation of a personality and features of development largely depend on environment and upbringing.

Balzac's first literary experience was the tragedy in verse "Cromwell", which cost him tremendous work, but proved to be worthless. After this first failure, he abandoned the tragedy and began to write novels. Encouraged by material need, he began to write very bad novels one after another, which he sold for several hundred francs to various publishers.

Such work extremely burdened him. The desire to get out quickly from poverty involved him in several commercial enterprises, which ended in complete ruin for him. He had to liquidate the affairs, taking over more than 50,000 francs in debt (1828). Subsequently, thanks to new loans to pay interest and other cash losses, the number of his debts with various fluctuations was growing, and he spent his entire life under their burden. Only shortly before his death, he was finally able to deal with his debts.

In the early 1820's, Balzac met Madame de Bernie. This woman was a good genius of his youth in the most difficult years of struggle, losses and uncertainty. By his own admission, she had a tremendous impact on both his character and development of his talent.

Balzac himself considered the novel "La Peau de chagrin" to be the most significant in his oeuvre. It was published in 1830. The following works were combined into the epic "Human Comedy", which brought the author fame. Balzac was very fond of aristocratic life style. But, despite this, he describes all estates of then France, and not only the city life, but also the life of provinces and villages in his "Human Comedy". Honore de Balzac created a truly unique work, in which all French society is showed. Balzac departed from typical novels, he was not interested in history, he was not interested in the exploits of one person. He painted a portrait of real France, all France, without embellishments and romance.

Further, he begins to work even more than before, he corrected his works with unusual thoroughness, several times reworking what he has written.

Balzac repeatedly tried to become a politician. In his political views, he was a strict legitimist. In 1832, he stood for election in the Angouleme. Having failed in the elections, he started writing with new zeal.

At the beginning of 1833, Balzac entered into correspondence with Countess Hanska. They have communicated for 17 years and it ended in marriage a few months before the death of the novelist. The monument to this story is the volume of Balzac's letters to Ms. Hanska, published later under the title "Letters to a Stranger". During these 17 years, Balzac still worked tirelessly, and apart from the novels, he wrote various articles in magazines. In 1835, he began to publish the magazine "The Paris Chronicle". This edition lasted one year and, as a result, brought him 50,000 francs of a net deficit.

From 1833 to 1838 inclusive, Balzac published 26 novels. In 1838, he again left Paris for several months, this time with a commercial purpose. He dreams of a brilliant affair that can immediately enrich him; he goes to Sardinia, where he is going to exploit the silver mines, known even in times of Roman rule. The case ends in failure, as a cleverer businessman took advantage of his idea and stole a march on him.

Until 1843, Balzac lived in his estate Les Jardies near Paris, which he bought in 1839 and which became a new source of fixed costs for him. In August 1843, Balzac went to St. Petersburg for 2 months, where Ms. Hanska was at that time (her husband owned extensive estates in Ukraine).

In 1845 and 1846, he made a trip to Italy twice, where his ladylove and her daughter spent the winter. Urgent work and various obligations forced him to return to Paris and all his efforts were directed towards paying off his debts at last and arranging his affairs, without which he could not realize the cherished dream of his life – marrying his beloved woman. To a certain extent, he succeeded. Balzac spent the winter of 1847-1848 in Russia, in the estate of Ms. Hanska near Berdichev, but a few days before the February revolution, money matters called him to Paris. However, he remained completely alien to the political movement and he again went to Russia in the autumn of 1848.

In 1849-1847, 28 new Balzac’s novels appeared in print. Since 1848, he worked very little and did not publish anything new. The second trip to Russia was fatal for him. His body was exhausted by excessive work, the common cold joined to this, which fell on the heart and lungs and turned into a long protracted illness. The harsh climate also had a detrimental effect on him and prevented recovery.

Such a state with temporary improvements lasted until the spring of 1850. On March 14 in Berdichev, Ms. Hanska and Balzac were finally married. In April, the couple left Russia and went to Paris, where they settled in a small house, bought by Balzac a few years before and trimmed with artistic luxury. However, the health of the novelist worsened and, finally, on August 18, 1850, after a grievous 34-hour agony, he passed away.

Balzac's significance in literature is very great: he expanded the scope of the novel and, having emerged as one of the main founders of realistic and naturalistic trends, showed it in new ways which it largely went until the beginning of the twentieth century.

His basic view is purely naturalistic: he looks at every phenomenon as a result and interaction of known conditions, a known medium. According to this, Balzac's novels are not only images of individual characters, but also a picture of the whole modern society with those basic forces that govern it: the universal pursuit of joys of life, desire for profit, honors, positions in the world, with all various struggles of large and small passions.

At the same time, he reveals to a reader all behind-the-scenes sides of this movement in the smallest detail, in its everyday life, which gives his books the character of burning reality. When depicting characters, he highlights some single main predominant feature. Every person is nothing more than some kind of passion that is served by mind and body and which is counteracted by circumstances. Thanks to this, his characters receive extraordinary relief and brilliance, and many of them became common names, like the heroes of Moliere: for example, Grande became synonymous with stinginess, Goriot – father's love, etc. A big place in his novels is occupied by women. With all his ruthless realism, he always puts a woman on a pedestal, she is always above the surrounding, and is a victim of the egoism of a man. His favorite type is a woman from 30 to 40 years old.

The writer considers the main task of the "Human Comedy" to give history and, at the same time, criticism of society, the study of its ailments and consideration of its beginnings.