Consciousness is the fundamental issue of human condition as such, and studying the very entry to our «identity» (and that is in fact our consciousness) can contribute much to dealing with who we are and where are our limits as human beings. Two articles (“A new theory of consciousness: missing link” and “Baars Theatre of Consciousness”) about consciousness drew our attention and we’d like to share our ideas on them. 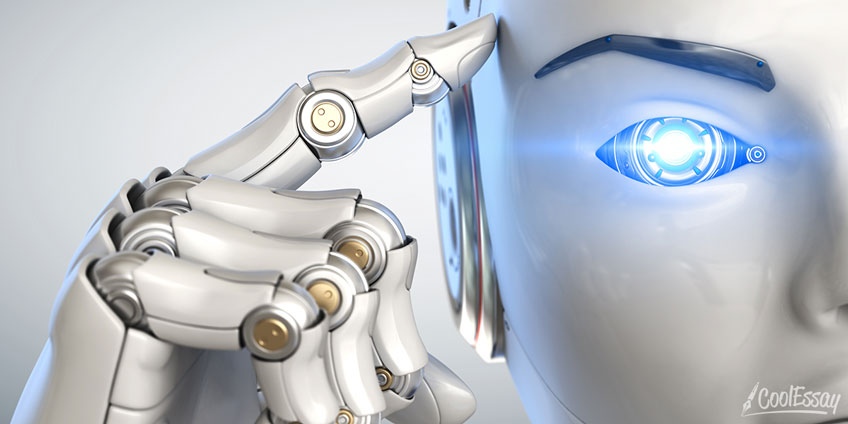 Nascium as a Missing Link

The first one examines the notion of nascium, and that is the authors’ (De Luca and Stevens) key concept, that in their opinion is able to serve as «the missing link» not only in our understanding of the nature of consciousness, but even in our modelling of the universe. By introducing nascium, the scholars add it to the well-known concepts of energy and matter. It’s all about being able to self-organise, and in this regard nascium can be defined as necessary means to cause the organisation to happen. Nothing in this universe happens by chance, the authors claim, and nascium is conferred the ability to make energy “do the job”. Nascium is not just a concept to put everything in order when it comes to the comprehension of the Universe, but a whole new paradigm, as its implementations are numerous.

Then the scholars proceed with the principles of nascium trying to explain how nascium functions, as we might deduce afterwards, and why we need it. Afterwards, they tell us about the extant theories of consciousness classifying them into philosophical and empirical. After reviewing thus all the main theories they outline their own anatomy of consciousness, claiming that all the theories they mentioned failed to discover more than the fact that consciousness is a mere product of evolution while stating that research into an array of attributes is needed.

Functional physiological components of the consciousness system, according to the researchers, include primary controller and secondary controller, as well as organiser/integrator/modulator that is consciousness itself, as a matter of fact.  Nascium is described as something that is everywhere and can be characterized as being similar to dark energy. The authors propose the triad perception --> awareness --> consciousness, and if we adopt this view, it becomes clear that consciousness is the result of the awareness being organised. Consciousness can be viewed as an emerging image on a screen of a TV set or computer. The researchers put forward two elements through which the functioning of consciousness can be realized: innate operation system and application software, the former being innate and in charge of protecting the system from damage (and that resonates with the first principle of nascium (self-protection) enunciated earlier by the author) while the latter enhances survival capabilities.

According to the authors, the nascium theory can have multiple implications, for example the idea of Time and the nature of consciousness.

Consciousness as a Theatre

To investigate consciousness, the researcher (Bernard J. Baars) provides a kind of verifiable phenomenology, calling it contrastive phenomenology: broadly speaking, it resides in comparing two active brain processes, similar but differing only in respect to consciousness. It makes questioning about consciousness empirically sensible (two-channel written experiments etc.) As a proof of efficiency of this methodology the scholar suggests answering the question: is this your own experience?  It’s clear that almost in any case anybody who passed such tests would say yes.  Other interesting points made by the author include delving into the correlation limited capacity --> vast access (i.e. large storage capacity) as functional peculiarities of consciousness, difference in viewing the brain by psychologists and physiologists, magic of learning (our unconscious does the job: we learn implicitly). All of this confirms the belief of the author that consciousness is the gateway to an unconscious mind. It means that the conscious part only makes a choice, but the job of processing information and making knowledge of it is done for the most part by the unconscious part.

The stage, the bright light of attention, actors, director, audience, contexts - those components of the metaphor of theatre act as helpful images for explaining how consciousness works. The author mentions that this metaphor has always been useful and its implication goes far beyond consciousness problematic. Even though he acknowledges that using metaphors to describe such complicated processes can have its limitations, he is certain that this metaphor is able to tell us more about the basic set of ideas of human experience.

The authors of both theories have high regard for metaphors, acknowledging their potential to create a leap in the way we see the nature or things. The first text is written by non-English writers:  this can be easily guessed through some unevident word choice in complex sentences as well as the unmistakable feeling of some lack of smooth flow of the text. In contrast, the second one, though it is likely to be just an excerpt of the book, is really a pleasure for reading. Thus, the title of the second text speaks for itself:  the image of theatre is really all-permeating and serves as a starting point for reflection being at the same time very well elaborated.

The authors of the first text adopt the logic of finding the “missing link”. Considering the fact that the problem of consciousness remains one of the most debatable ones, it goes without saying that the best researchers in the field are far from being unanimous in their opinions about the issue. Whatever changes have their visions undergone over the years, there has always been something missing in their reflections. And this missing link turns out to be nascium, as A. Tony De Luca and N. L. Stephens suggest.

The first text poses the Natural theory of consciousness, whereas the second one elaborates on Global Workspace Theory. The first one seems to be more precise in structure and pragmatics: reading passages of this text one can sometimes feel that the authors address explicitly queries that can be accessed through their theory, they process their positions through «eternal» unanswered questions, thus trying to persuade the reader in credibility of their ponderings.

Comparing these two theories, it should be noted that the second one lacks insights into the very nature of consciousness, while concentrating instead primarily on its functioning, whereas the first one is quite impressive due to the daring of the researcher (this might just as well be erroneous - well, that cannot be ruled out).

Certainly, both theories are rooted firmly into the philosophical background, and it’s by no means strange, as this issue has been debated since Descartes or even earlier. Without a doubt, delving into problems of consciousness can have a premise in philosophy not just because of the endless controversy about what is primary, mind or matter, but because of its relatedness to the problem of cognition (gnosiology). The cognition is undertaken through consciousness and if we accept that consciousness is our inescapable mediator, we should find a method to deal with it. The trickiest part here is that we don’t have any external tool to study it, so we are forced to use our own consciousness and methods available to us through it to study consciousness itself, transforming the process of studying the problematic into a sort of «metacognition». It partly explains the difficulties we face and our necessity to use metaphors to represent its nature and functioning (though they turn out to be at least of some help, as has already been postulated above). In this context, it’s worth mentioning that the second author acknowledges that studying consciousness is an extension of exploration of arts, religion etc. implying that the mind has to be applied to problems of its own understanding. 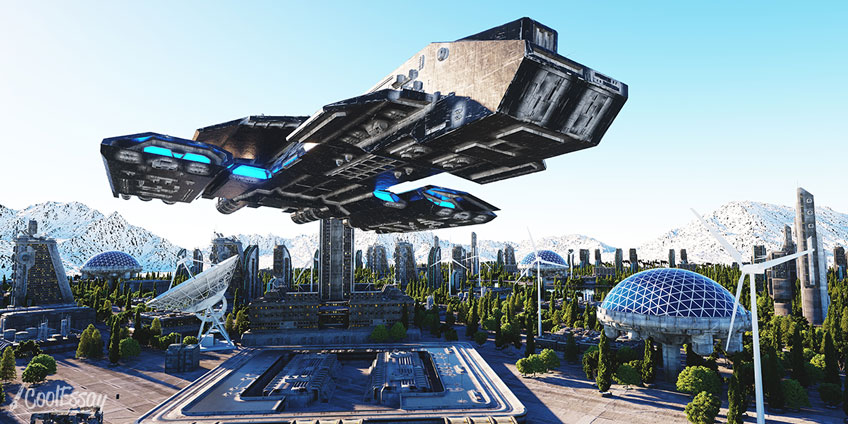 So Where Is AI Taking Us?

Taking this fact into account, we can have a look at the problem of consciousness as something crucial to the AI domain and its implementation. Despite all the claims about the possible self-organising skills of machines and the thrilling plots in science-fiction movies, it seems that the problem addressed here lies not in gaining real intellect by the mechanical creatures but, given that they are still nothing but loads of perfectly organised algorithms, it’s more about letting machines be “smart” in the sense of “over-efficiency” and get startlingly widespread in the future. The well-known discussion between Elon Musk and Mark Zuckerberg about the threat of AI is a striking example of a debate about vigilance in usage of AI in the years to come. While the former is rather skeptical about the virtue of AI and speaks of it with anxiety, the latter seems to be advocating for the extensive use of AI in the future. Anyway, it all boils down to programming algorithms, be it robotics or chess computers, where the accomplishments of the machine have become no less than impressive over the years. It’s still human mind that is behind any bright performance of a machine for the moment and probably for the next 20 to 30 years to say the least. Therefore, the main risk is the way we will opt for implementing robots, autopilot functions and other possible achievements of AI, and how this choice will change our urban ecosystems in practice. Robots will not become rebels and will not be complaining about their fate, but just like search engines with the help of cookies are looking after you while you are surfing the Internet, they will become smarter about the territory available for their “intrusion” and assume more functions than humans initially expected they would while creating them. Such reflexions are in sync with J. Searle’s view of this problematic and his “Chinese room” experiment which holds that a program cannot provide a computer with a mind.  If that is so, the only possible danger we might encounter will not reside in robots going rebellious, or if we do accept such a view for an instant, we are once again in the realm of a metaphor - bright enough, though a bit hollow.

It will all come down to our smart management and our readiness to stop in order to reframe our priorities at some point of time, as rude and naive as it may sound. Keeping that in mind, research into AI and its implementation will not only thrill us and facilitate our daily routines, but will also tell us more about peculiarities of our own consciousness.