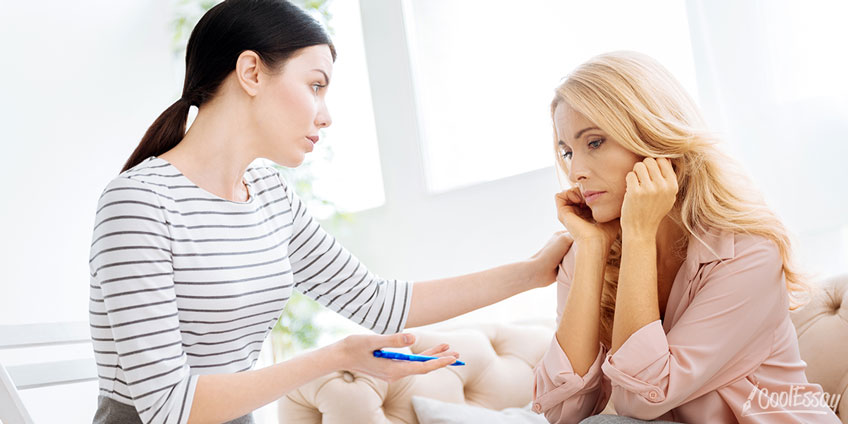 If you are searching for original essays online, our writer has prepared a compelling sample for you here. Get inspired!

If you wonder why wounded people rule our world or at least play a significant part in it, then there is some bad news for you. Not only is it true, but you are also very likely to have succumbed to the optimized way of thinking everybody and everything around us seems to demand.

Yes, the place of people who differ from the generally accepted norm is not necessarily in a nuthouse or at home in a vigilant eye of sane people. The word “wounded” refers here to people who received a certain kind of emotional shock, in childhood or even later in life. That experience shaped their worldview and mental outlook, so images of mental patients, as oversimplified and therefore pervasive and as they are, shouldn’t play head games with you.

Of course, it won’t feel right to use the word “benefits” in this context, but “power” can do the trick.

Now let’s discuss why wounded people tend to be so important in contemporary culture. Yes, it sounds rather as something all-embracing, but in fact, however we call it, their role in how we perceive the world around us is no less than substantial.

Why Wounded People Shape Our Present?

As important as they are, another position is worth considering. Such people not only play an important role in whatever sphere we consider. But if to take into account the feeling of their being always in minority despite such an impact, there’s always the feeling that their mere existence has something important to tell us about the world and the dominant tendencies in it, which we face and sometimes even aspire to.

Interestingly, in different countries we may single out different trends of influence as well as legacy of wounded people. So, let’s examine the USSR and the US, for instance, as they tend to present different discourses of woundedness and their functioning.

Yes, talks about an educational system being a part of the overall totalitarian system are not devoid of sanity. That means fear was being injected into the very soul of a human being from the very beginning. Everything was made to bring up a citizen in accordance with demands of the system itself.

That means a very special kind of citizen: the one who is afraid to make one step more in nearly everything, suspicious of everybody who doesn’t behave in accordance with accepted norms.

Obviously, that’s the fear of inferiority and deficiency that goes well with logic of the society communism was building. Well, at odds a bit with the initial bright ideas, but implementation often ruins the best any doctrine has got at the very first stages.

As a result, paraphrasing the well-known phrase about the definition of depression, the soviet citizen is perhaps even not necessarily the one with “helplessness accepted”. He or she is the one without understanding that they are helpless. When that understanding did pave its way through all unimaginable difficulties, the results could be drastic.

It did end drastically with the Soviet Union finally losing the Cold War and disintegrating. And all of it was for ex-soviets to find themselves amidst the Democratic Free World (well, it’s another cliche, but only partially) and to have no idea of how to live in it. It was another source of eventually traumatic experience.

In the US it seems to be a different story, but in the meantime it’s the same. Depressed and wounded people are very often the product of vulnerabilities of the system, whatever this system might be called. And we are taking such examples in particular.

The Capitalist system is no less vulnerable, and people such as Michael Jackson or David Foster Wallace, despite visible differences between them, embody this kind of woundedness: be it the American dream or even the critical overthinking of this phenomenon, there’s always the seamy side to it. Lectures on depressions in the Western world seem to capture that spirit of woundedness. Another feature is that it always correlates with pitfalls of the notion of optimization.

If you want to optimize your schedule to the full and homework unfortunately happens not to be a permanent part of it, opt for high-quality and cheap essay writing service and be sure about great results.

Today we tend to consider optimization as era-defining trend. You can find its manifestations in nearly everything you can get hands on: from interior design to smartphones marketing and everyday speech.

Optimization doesn’t always mean oversimplification. There are aspects in life that just can’t function normally without optimization. But there are also some aspects (epistemological, for instance) that suffer from excessive optimization, when normalcy becomes king, and power can indeed be harmful despite some pervasive cliches.

And when it comes to wounded people, this reigning normalcy can turn out detrimental to them as exponents of otherness.

Other Spheres Where Wounded People Are Able to Show Their Worth

Of course, art is nearly an ideal way to demonstrate woundedness and to rise on it. Take Perfume Genius as a bright example, and you’ll see how traumatic experience can sound like. This is a beautiful and haunting work, no doubt about it.

The work of professionals in essay writing is also mind-blowing in terms of quality, so don’t hesitate to contact them for your next college paper.

What Can We Learn from It?

Without a doubt, traumatic experience and woundedness are umbrella terms, and it’s always important to distinguish nuances in them. Obviously, different hard feelings can lead to different results. The most interesting thing here is how the culture “prepares” such experiences by either inserting several promising patterns of them into itself, or on the contrary, by discriminating them to the full.