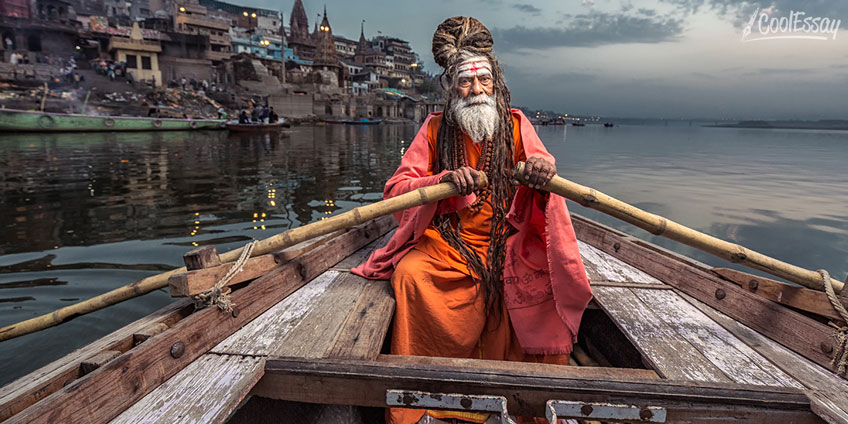 In order to gain an insight into the topic under consideration, it is necessary to go back to roots. This is a classic win-win technique for writing essays that will never let you down. You can learn more about the principles of creating such papers on coolessay.net.

Culture is an extremely diverse concept. This scientific term appeared in ancient Rome, where the word "cultura" denoted cultivation of the land, upbringing, and education. As this word entered ordinary human speech, in the course of frequent use, it lost its original meaning and began to denote a variety of aspects of behavior as well as activities.

So, we say that a person is cultured if he or she masters foreign languages, is polite in dealing with others, or uses a knife and fork correctly. But it is known that representatives of primitive tribes most often eat with their hands, speak using not more than four dozen words, and yet they have their own culture. For example, customs, traditions, and even primitive art.

Very often, in ordinary and common sense, this concept is understood as a spiritual and sublime side of the life of people, including primarily art and education. It is obvious that in the usual and everyday understanding there are several different meanings that denote both elements of behavior and aspects of human activity.

Polysemy of culture from the point of view of common sense has caused numerous difficulties connected with the scientific definition of this complex concept. In various fields of scientific activity more than 250 cultural definitions were formulated, in which their authors try to cover all meanings of this social phenomenon.

If we consider this concept as materialized objects that surround us in the form of buildings, works of art, books, religious objects, and everyday items, it becomes obvious that it is everything that is produced, socially assimilated, and shared.

Of course, this is a fairly general definition and many people can argue with its accuracy and concreteness. However, is it possible in principle to accurately determine the essence and content of an intangible abstract object, which, moreover, is quite dynamic and changeable? Taking into account the development aspects, one can draw only one conclusion: exact formulations are meaningless, and they become outdated virtually every year.

It should be noted that not every material or spiritual product is covered by this notion. To become a part of culture, such a product must be accepted and materialized. Assimilated in this way, it can be transferred to other people, to succeeding generations. On this basis, each of us views culture as a share of social heritage, as a tradition passed on by ancestors. People can influence culture and, if necessary, make changes which will become a part of the heritage of descendants if these changes turn out to be positive and will be accepted by them.

All social heritage can be considered as a synthesis of material and intangible cultures. Intangible culture includes words, ideas, habits, customs, or beliefs that are created and then maintained.

On the other hand, the pyramids of Ancient Egypt were not restored. Nevertheless, they serve as a subject of material culture, since certain elements of intangible influence were preserved: the method of their construction, knowledge of spiritual values that led pharaohs to erect them. At the same time, values of disappeared intangible culture lost their cultural significance for present generations. Therefore, we call the pyramids of Ancient Egypt monuments of dead culture that lost the relevance of its intangible content.

Due to the fact that the features of life in a certain area are historically predetermined and assigned to this place, there is a high probability that extraneous influence will not affect them in any way. This probability is especially high in our time when there is almost no danger that some territory gets occupied by enemy troops and authentic characteristics of the local population get destroyed.

We consider interrelated concepts, as it often happens when writing, for example, dissertations. Naturally, without the presence of a specific medium, no phenomenon can exist, since the meaning of its existence as such is lost. Thus, we are talking about some kind of abstract definition that is expressed by means of a medium or a set of those that serve as some kind of projector.

We must say that not always related concepts are identical, and one of them is a consequence of another. For example, Roman law is the basis of legal systems of both France and Germany, although these are different sociocultural communities. At the same time, each individual society can include different cultures.

Culture of the modern society includes many complexes that can be interrelated (activities for managing people or creating wealth) or are sufficiently isolated (growing flowers or collecting objects).

Each society has some set of patterns that are accepted and shared by all its members. This set is usually called dominant or universal culture. At the same time, each society includes some groups that develop certain complexes that are not shared by all members. Immigrant groups, for example, develop a mixed culture, consisting of the complexes of a country where they currently live and the ones developed in their motherland. This helps them to adapt to a new place and maintain the mental equilibrium associated with separation from the place of birth.

The youth has its own style of behavior, expressed in clothing, in a specific language of communication, which adults not always understand. This creating a youth culture. Young people see not only emotional or moral content in culture, but also entertaining one. Rock culture and other manifestations of mass preferences displace values that have access to a deep intellectual level of an individual.

The search for emotional, moral, and entertaining content in the process of self-realization is accompanied by the phenomena of group stereotype and behavior. They are based on the desire of young people to identify themselves with peers, with their group, and contrast themselves to adults, their strangers, whom they sometimes consider their teachers and parents. Young people do not want to be like others. But at the same time, without knowing it, they are the same in their group and companies, they lose their individuality and personal uniqueness.

We must immediately say that this happens absolutely unconsciously. Furthermore, if you try to point out to a person that he or she is depersonalized and turns into a piece of solid mass, featuring common features and goals, he or she can perceive it aggressively. Their collective is their stronghold, their protection, any attempt to get them from there will be perceived as an enemy invasion.

An example of a group stereotype is fashion with a lack of individuality: books, musical instruments, antique furniture, icons, and other things that are acquired because of prestige, but are not used for their intended purpose. They are not objects that satisfy spiritual needs and interests of an individual.

The most vivid group stereotypes are manifested in informal youth associations. They are united by the fear of loneliness and alienation from peers, a distorted image of friendship turning into a feeling of the crowd. Fashion and various symbols become signs of belonging to their group so they do not feel second-rate and outcast.

We will continue to analyze this topic in the next article. As you can see, familiarization with this theme is useful not only for academic advancement, but also for personal development of students.