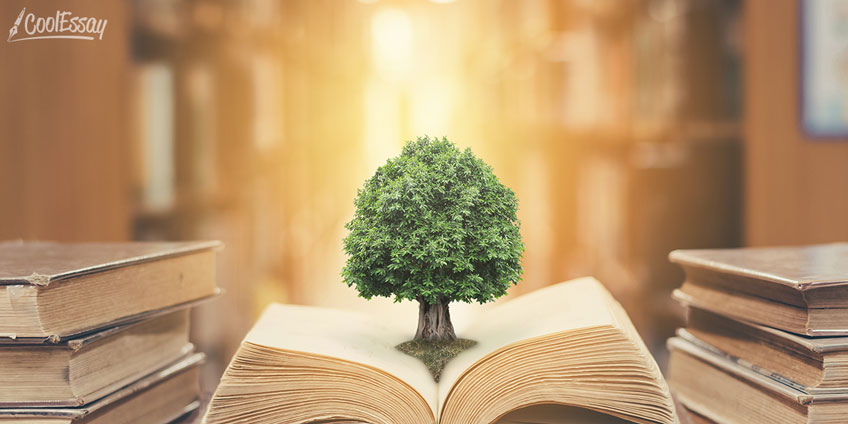 Most of the concepts are invented by philosophers. Republic, equality, civil society, the state as a monopoly on legitimate physical violence – all these ideas arose in the philosophical tradition, provoking fierce disputes and becoming a scandal for their time. Today, philosophy continues to create new revolutionary ideas, lining up to change the world. Among them, we see anarchism, feminism, cosmopolitanism or libertarianism.

We suggest talking about the nature of power based on the texts of famous theorists. We hope that, after reading, you will be able to clarify some concepts through which people realize themselves. Believe us, a recourse to history often becomes one of the most interesting experiences of our life. As you know, things tend to repeat themselves, because no one listens to them. Well, we are ready to listen and perceive.

Our cheap writing service offers you another topic for research.

He is a fairly well-known intellectual and political philosopher. This figure seems curious, and it's nice to start a conversation about political philosophy with his persona, because there is a long-standing joke since Plato's times about philosophers in power. The personal story of Plato, which ended badly with the tyrant Dionysius in Sicily, is also known. But the figure of Madison largely refutes the hypothesis about the inability of philosophers to govern the state.

Madison, though not being a professional philosopher, became famous at a fairly young age. In collaboration with Alexander Hamilton, he wrote a completely remarkable set of essays and letters called "The Federalist." Madison became the President several decades later, when his friend, and then competitor, Hamilton, was no longer alive.

We are talking about philosophy which immediately "went to work” and led to the emergence of the largest country in the world and the community management system showing its viability for 200 years and even more.

If you engage in this topic, then, of course, you need to focus a lot on James Madison. For example, you can buy an essay about his activities and carefully study his biography.

He pays attention to social differences and their role in society. They arise on the basis of differences in abilities and interests, especially the economic ones, which are the most common and longest in impact source of differences and conflicts. In contrast to Rousseau, he considers the small size of the republic to be the main factor leading to the rapid damage or death of the country during civil wars.

A large state with a significant number of citizens of the middle class turns out to be more stable and viable, as this is due to the moderate prosperity of the main class of society and its propensity to support a moderate form of government. With this variant of legal communication, citizens are more free from fractions of extremely rich or poor citizens. Their absence reduces the likelihood of riots against the background of too obvious an injustice in terms of distribution of benefits. This is a fairly standard approach, but not all adhere to it. Many people try to protest against it.

Such associations are a group of citizens who act in accordance with their personal purpose or desire. In turn, these goals are hostile or inconvenient for others and cumulative interests of society. However, this does not disturb the first group of people, who are not going to reckon with someone's opinion. A familiar situation, is not it? It seems that we describe the current state of affairs. However, these definitions are hundreds of years old. We can see once again that the events of the centuries are moving cyclically and we periodically encounter the same problems our ancestors have.

Madison says that tyranny is the main enemy of humanity. This is the principle which was supported by his co-author, Alexander Hamilton.

How exactly should we fight tyranny? Madison offers a whole cascade of measures that must protect a person from unscrupulous authorities trying to take on too much power and thereby usurp it. It is worth noting that, of course, Madison's task was to show the inhabitants of the thirteen colonies that if they ratify the adoption of the Constitution, authorities will be arranged in a way to reliably and completely protect them from all possible abuses. That is, we create them in such a way that they do not subordinate and violate the rights of people, their legitimate freedoms, and so on.

Firstly, this is the principle, which assumes that all is divided into states, each of which has its own power authority. And only part of this power is delegated to the central government.

It is not like we refuse our power and give it to some sovereign. No. We are federalists. We are aware of our situation, we have made our choice and are ready to watch how our expectations are justified or refuted. In the latter case, we get the opportunity to be outraged and declare that the game is not according to the rules and one will listen to our opinion since it is not about totalitarianism. In this case, each voice can and should be heard, it is the main goal and meaning.

The second principle is about representative democracy. Madison very carefully argues the thesis that it should not be pure and straightforward. Recently, the idea of returning to the situation when people can supposedly organize their lives and get rid of dishonest rulers has been very fashionable.

Madison gives a very clear opinion in favor of why pure democracy will not work in a large modern state.

People will spend too much time on this, they will not be interested, and, in the end, somebody will usurp power. On the other hand, it is also impossible to give all power to politicians, we need to build control over them. Representative democracy, in which people delegate part of the power to professional politicians, is another defense against tyranny. That is, there remains a voter who can initiate some actions against an objectionable politician, and, on the other hand, a politician is independent to some extent.

In Madison's view, the greatest threat here comes from the legislature since it is endowed with the greatest powers in the sense that it is able to initiate legislation and thereby impose the rules of the game that it considers appropriate for the rest of society. Here, Madison acts as an innovator. He justified the parliament, which consists of two chambers. This assumes that there are a lower chamber and the upper one of the parliament, each of which controls the other and cannot take the fullness of legislative power and impose it on the rest of society.

Read the continuation of the article in the next part. You will find a lot of interesting information not only for students but for all those interested in politics. By the way, a rather interesting fact is that a sufficiently large percentage of people are ready to go to work in this field. In their opinion, this kind of work will help them to engage in solving interesting tasks and communicating with interesting people.

Some believe that there is still no way to influence anything. But why not? Perhaps, it is you who will become another turning point in history.