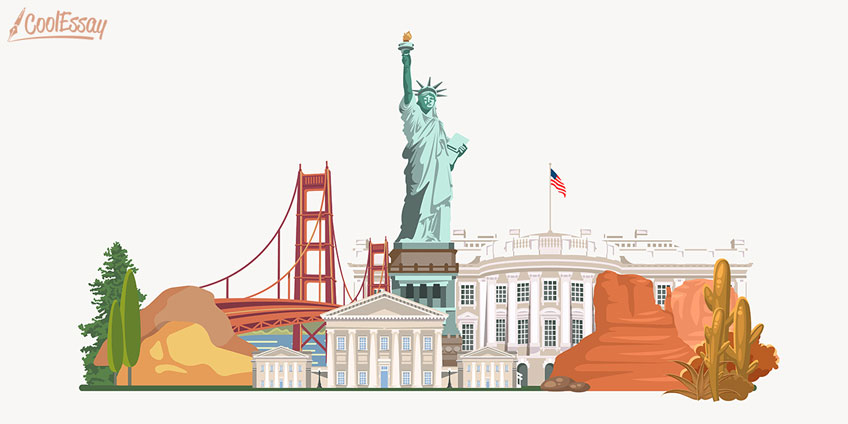 We continue to consider the topic started in the previous part of the article.

It should be noted that the Americans are very gentle and reverent towards their Founding Fathers and until now the image of Madison is used not simply as the image of a great old man – a dead man in a wig to whom we pay homage, but Madison is a real hero of American politics. His biographies are constantly published. The last biography was very popular in America in 2014.

And what is the most interesting: Madison's texts are still are still referred to in the courts. That is, you go, for example, to the court, then it is normal to mention the Founding Father who was the main author of the American Constitution, who gave a detailed commentary how to understand it.

If we take this textual heritage, then "The Federalist" is a partly underestimated monument of political thought, which was immediately put into action. In addition to the 51st letter, the 10th and 39th letters are very important. The 39th letter contains a rather short analysis of what we mean by the federal type of government.

The 10th letter is very interesting for the tradition of republican thought. The author argued with his predecessors-philosophers who almost always tried to prove that a small, compact republic is more viable. Madison wants to say that, on the contrary, in a large state, we are more protected from the actions of various groups that have their own interests, because we have a fairly large number of normal citizens. They can be conditionally called middle class. This social diversity, the desire for different interests balances one another precisely in a large state.

We remind you of the unique opportunity to order a coursework on this or any other topic. This is the fastest and most effective way to improve academic achievement.

Thus, Madison becomes one of the key authors – even the key author – of the political structure that is still known as the USA. At the same time, he is a powerful, authoritative political thinker who carefully and thoroughly analyzes all the arguments related to the topic, why we choose the federal type of state system as opposed to the unitary one and as opposed to the confederation. And in the first years of its existence, after the Declaration of Independence, America existed as a confederation.

On the other hand, Madison explains why we need a balance between the republic and democracy – the ability of people to express their interests directly, because the republic ultimately protects us from the tyranny of the majority. Because the minority must also be protected. And of course, it seems that if you look at Madison from the perspective of modern countries, then this is a character who has something to learn from. Specialists from a cheap writing service are always ready to tell you more about his personality.

The traditional American revolution in Europe is somewhat in the background in our historiography. That is, we all know that there was the Great French Revolution in 1789. But literally, on the eve of the events that occurred in Paris, people were engaged in trying to come up with their state practically from scratch. That is, they gathered and accumulated that intellectual tradition that was in front of them, and tried to adapt it to the creation of a completely new republican state, quite large in territory. This happened in 1787-1788.

It remains a little in a shade for many of us. And we should, of course, study the subject precisely in order to "re-establish" the state from the American Founding Fathers. We declared independence from the British Empire, lived within the framework of the American Confederation, saw that the American Confederation was not viable, because it had no opportunity to collect taxes from its subjects. Thus, it could neither create a normal army nor fulfill its functions, and we realized that we needed a re-establishment of the state.

James Madison was a man who showed how to do it. Perhaps. "The Federalist" can be regarded as a textbook. We describe our country, our problems, we see that the threat of tyranny exists, and we explain how we can build a democratic system that would be comfortable enough for us and our descendants for many decades and even centuries to live in.

How effective was the use of the principles of federalism in the USA? This question is not so easy to answer. In fact, federalism is the dynamic basis of state power, which cannot be better combined with the changing nature of American society itself. In its 200-year history, the division of power within the framework of American federalism changed its legal and practical status many times. The US Constitution is a flexible document, implying the ability of a nation to respond to changing circumstances.

Sometimes amendments to the Constitution assigned a different role from those that the governments had originally envisaged; at other times, the courts interpreted this role differently. The establishment of an appropriate balance is constantly on the agenda among other issues of the US policy.

The revolution in the federal system did not complete this discussion. In fact, any issue of domestic policy is the subject of conflict in determining the level of state power that has the authority to form or implement a course related to its implementation.

Now it is not so easy to define the line dividing their functions since the current federal system tends to establish mixed powers and blur the boundaries of responsibility in solving complex social and economic issues.

For more than 200 years, federalism has been the basis for the development of democracy. The federal and state governments have always been in conflict with each other regarding their claims. This statement is also true today. The resolution of this confrontation requires constant attention to the role of state power and a continuous reassessment of all problems.

Such an unstable equilibrium, rather creative than vice versa, is based on the principle of people's sovereignty. The discussion is also about what values ââwill be the main ones in the market of political ideas. The final answers to these questions will never be obtained, and the confrontation inherent in federalism will never disappear.

In the opposition of governments, which in practice may seem quite unattractive, the Americans see a better guarantee of freedom, second only to their own vigilance and guardianship of the welfare of the society. Undoubtedly, generation of the founders of the nation dreamed of this. "Unless this improvement of the theory of the free state is distorted in practice," – Madison wrote in 1792, – "... it can be the best legacy of what legislators left to their country, and the best lesson of all that has ever been presented to the world by its benefactors." For the people choosing the form of state power that best supports freedom, the legacy of federalism provides an example worthy of consideration.

If you are interested in this topic, you can always buy an essay online, where it will be disclosed in more detail. And we take our leave. See you in the new articles!