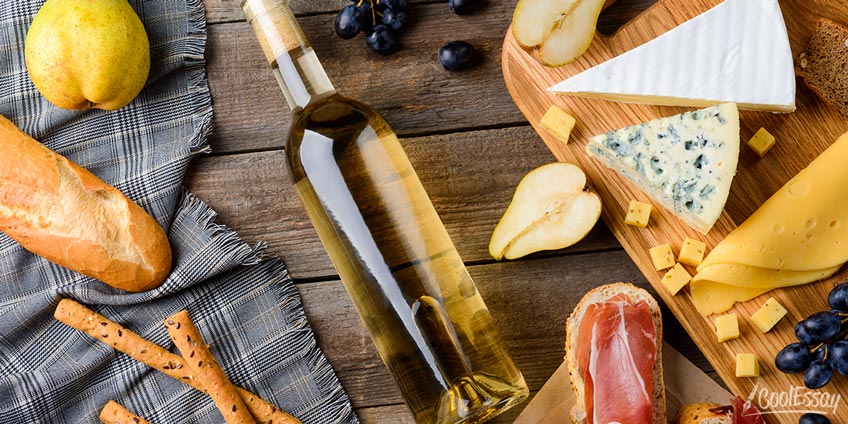 Learning English goes hand in hand with the history of vocabulary formation from different sources. In this case, we will talk about French words that took root in England, and then became international.

The birthplace of great gourmets – France – has long enjoyed a high reputation of the legislator of culinary arts. The most important element of the way of life, characterizing a person almost from all sides – that is what food is for the French.

It is the French who own the authorship of the famous European table-cloth etiquette, which is still revered by the offspring of cultural parents throughout the world. Behavior of the person at the table on the one hand and the level of customer service on the other – universal criteria for evaluation of both the guest and the owners of the house. Once, one of the royal cooks, having not had time to serve two tables of twenty-five, committed suicide in despair.

It is needless to say that French cuisine is the most popular in the world today. Although we observe new tendencies and preferences in the world of cooking, such as the enthusiasm for oriental cooking, including Chinese and Japanese, but the classic always remains to be won. And what about the classical French cuisine, which remains very popular and dictates the world its rules to this day? So, let us get acquainted with some culinary concepts, which absorbed only first-class value invented in cooking and elevated it to the rank of art.

Who did not hear the word "beefsteak", based on a piece of beef for frying? But not everyone knows that the word "beef" entered the English dictionary as far back as 1250, two centuries after the Norman invasion, although then it looked a little different – "boef," and after centuries of adjusting turned into a pleasant word for hearing. The English also use the phrase "boeuf bourguignon", but only as the name of the exquisite French dish – "Burgundy beef", which, of course, is served with Burgundy wine.

Another "delicious" word "bacon" came to English almost simultaneously with the word "beef" (again, there was an Anglo-Saxon word "pig", from which, in fact, bacon is prepared).

Savo(u)r is an interesting word that came to "us" from the Old French language after 1200, probably after England learned about bacon and Burgundy beef. This word, of course, relates to the nobility, who had more time to savor and enjoy the meal than the common people working in the field and supplying masters with cows and pigs. As a noun, "savor" means "a special taste, an appetizing smell, an aroma", tickling the nostrils of the gluttons.

Liquor is also adapted from the Old French language in the early 1200s (it was necessary to wash delicacies down with something). As for other beverages – mead, wine and ale, they are of German origin, but liquor is an exquisite drink from France.

Salad took root in the early 1300's. Lettuce and romaine (salad in this case) are also from Old French. As we are talking about French salads, one of the most popular is the Nicoise salad, which is made from tuna, potatoes, eggs, green beans and anchovies.

The English love the phrase 'Salad Days', which does not mean "salad or on a diet days" – even Shakespeare called time of youth and inexperience this way, so keep it in mind.

The word "restaurant" came from French in the sense of "to restore" or "revive", so people began to call places – restaurants, where one could relax, regain strength, eat and return to work with renewed strength.

And let us talk about the omelet in the end. Omelet is an interesting word that was received as a result of an error. For example, the word "apron" used to be "napron", but when it was used with the indefinite article "a", people thought that "a napron" is "an apron", and we can see the present word "apron" as a result of this mistaken interpretation. Experts believe that the same thing happened with the word "omelet". There are two French words with a similar sound – "la lemelle" and "alemette", whose confluence led to the appearance of the word "omelet". By the way, one writes "omelet" in American English and "omelette" in British one.