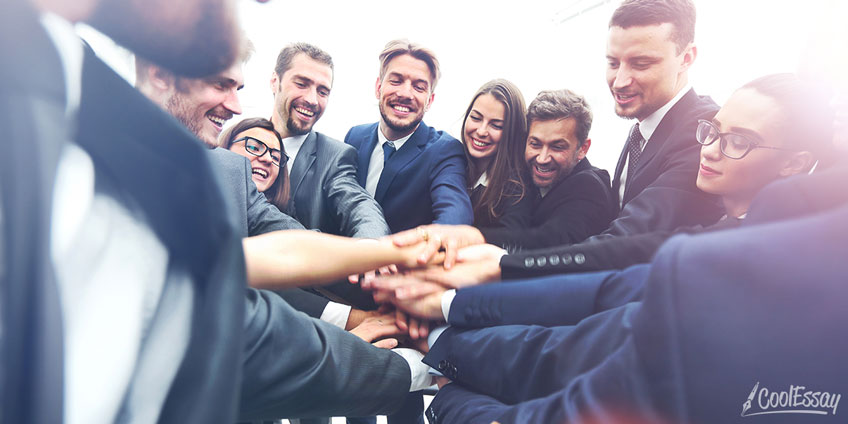 So, we are writing an essay on another very important sociological topic. We must say that this topic is often touched upon in various articles and publications, so, if necessary, there are many interesting sources where you can find information. For example, you can always read relevant articles on the coolessay.net blog.

Trying to figure out where you stand in the hierarchy of your group is one of the oldest intellectual enigmas. Diplodocus, looking at their herd, had probably thought about it millions of years before the appearance of a human. The human intellect also added to the desire of determining one’s position the need to understand "why": why do some people get so much and the others - so little? And is it fair? And would our social life be better if people were equal, or would it be disastrous? And how many types of inequality exist simultaneously? Because it is clear that although wealth, power, fame and security are related to each other, they are not exactly identical. And do we need to do something as a political community to solve any of these problems?

Many theories have been proposed to approach the answers as much scientifically as possible. In many aspects, these questions are central in science. All the classical researchers have somehow left their mark on this endless search for their solution. It was there, where the statistical methods, such as multiple regression and log-linear analysis of tables, which later became a part of the universal sociological tools, had been tested for the first time. And it was exactly this section that, like no other one of sociology, found itself at the crossroads of various fields of research – from the study of science to the analysis of the evolution of good manners and hygienic habits.

The notions of classes, status groups and parties were introduced into sociology by Max Weber. Weber intended to write a whole volume about them in his book or, at least a part of the volume, but did not have time to do it: he died without finishing it and leaving only a summary. Since then, any reader begins with this abstract and a long commentary, and all other articles, in this form or another, refer to this summary. Fortunately, you do not need to read this abstract because there are academic assistance websites for students, where you will be helped with essays of this type without wasting  your time.

The classes that Marx describes are a particular case of Weber's classes. Classes, like all other forms, are built around some way of appropriation for the dominant elite to monopolize the life chances for themselves. According to Weber, any elite wants to limit the access of the majority to some valuable resources, which it has access to, and pass on these chances to their children.

Any stratification is built around the specific way in which this goal is achieved. In the case of the class system, this method is to ensure the economic rights: either the property ones or the workers' ones in the market. Ownership rights give rise to the proprietary classes of exactly the sort Karl Marx writes about. Some people have much of this property, some – little, and although they are equal before the law, those who already have a lot of money, according to the Matthew effect, get more and more of them, and those who do not have much initially, fall into the extreme poverty.

Some people can dictate their terms to others. From Weber's point of view, the Roman Empire, especially the late one, was a market society. The market society is not at all identical to the modern capitalism. Different groups were determined primarily by what kind of property they had already possessed, and property, though, was understood more widely than now, and implied, among the other things, an ownership of human beings. The debtor, who could not return the debt to his or her creditor, was forced to sell his or her family, and then – himself or herself into slavery in order to return the money. Modern capitalism is a little more humane, but it is still built on the same principle. The dominant class is the class of proprietors.

In parallel to the class of owners, partly merging with it, there is another class that Marx does not write about, but Weber stipulates its existence, and, turning to Marx, we understand why this is an important innovation. This is an entrepreneurial class, - as it is often translated - the ruling one, in which the main forms of ownership are not capital, or real estate, or some tool of labor, but skills and competencies that allow an individual to be an effective worker, including entrepreneurial traits. Some people form the ruling class, because by offering their services in the labor market they receive better offers than others, and can dictate their conditions to the employer if their skills are really exceptional.

In the case of classes, we are dealing with the stratification that is the most familiar one to us. We must say that, among other things, these systems do not necessarily co-exist in one society. The widespread understanding of Weber as the author who said that each group had wealth and was located somewhere on the scale of wealth, that there was prestige and the group was located somewhere on the prestige scale, there was political power and everyone had this power or not, in general, is not completely confirmed by the small text remaining from him.

Weber, while analyzing the historical materials, tried to identify the ideal types, that is, patterns or pure forms that can accept inequality. Some societies are close to implementing one of these forms in an astonishingly uncomplicated form. Others invent their own hybrid. And although pure forms are not very frequent, for Weber, it was important that reality could approach one of these types.

Next, we will discuss the notion of prestige which plays an important role in the disclosure of the topic. And you can always order a separate college essay on it.

We define professional prestige intuitively and approximately. But in some countries, primarily in the USA, sociologists measure it using special methods. They study public opinion, compare different professions, analyze statistics and, as a result, receive an accurate scale of prestige. The first such study was conducted by American sociologists in 1947. Since then, they regularly measure this phenomenon and monitor the way in which prestige of the main professions in society changes over time. In other words, they build a dynamic picture.

The attributed status characterizes a rigidly fixed system, that is, a closed society in which the transition from one stratum to another is practically forbidden. These systems include slavery and the caste system. The achieved status characterizes a mobile stratification system, or open society, where people can freely move up and down on the social ladder. Classes belong to such a system (capitalistic society). Finally, a feudal society with its inherent estate system should be classified as an intermediate type, that is, a relatively closed system. Here, transitions are legally prohibited, but in practice, they are not excluded. These are the historical types of stratification.